All In - Short Story

Online gambling. That was the way to his fortune. Bitcoin, Ether, Steem, that was where it was at. He was on a bit of a losing streak. Down $200,000. It went like water. 10 grand here. 20 grand there. But then things started to change. Rob found a new app on his phone. It used its own currency but the company was buying it back with their own money. He put in a thousand at first to test it. On his first spin of a wheel he hit a jackpot and made $11,531.

Rob started to shake. He wanted to bet more but he had to make sure this was real. He put in his paypal address. Hit withdrawl and waited. In no time there was the money. $11,531. Rob smiled. Then he transfered the money back into the app.

It was time to make his millions.

The app had a few games and Rob moved through them all. There was roulette, blackjack, slots. No matter what he played, no matter what he bet, he won. 10 grand here. 20 grand there.

In the matter of hours he was back in the positive. But he was not going to stop there. He needed to go big. There was a high rollers area. He pushed the button. The app turned into a digital table. Behind it was a door that was labelled "Risk Takers Only". Rob ignored it and concentrated on the table.

The game was poker, 5 card. Not one of his favourites but he was hot right now. He could win at anything. Rob put $100,000 into the middle. He started to sweat as the cards were dealt to him. 10, J, Q, K, A. All of the same suit. Rob had never seen a royal flush before. He certainly never thought he would be the one holding one. But there it was. He raised to $200,000. The virtual dealer accpeted the call. They both showed their cards. The dealer had a pair of 2s.

Rob put another $100,000 in. And another. Every hand was in his favour. Even when he only had a high card, it was higher than the dealers. And an hour Rob was sitting on 15 million dollars. He almost fainted. All he had to do was leave. His finger hovered over the exit button. He was about to push it when there was the sound of a chime.

'You now qualify for the Risk Takers Only' the app said.

The door behind the table opened. This was beyond V.I.P. Rob had to see what it was. He could afford to lose a million or two. Maybe three. But he would stop at five. Rob touched the door that lead into the backroom.

The screen went dark. Then a scanner came up on the phone.

Rob did what he was told. There was a quick scan. Then the game came up. It was a digital man with a mustache. He had a coin in his hand. The game was simple, heads or tails. Rob looked on the screen. There was his total amount, 15 million, and a button that said all-in. There was also an option to exit the room.

All-in. That was the only bet he could make. It was 15 million dollars. But what if it was 30. Rob had to go for it. With his thumb he pressed the button for all-in. The option came up to pick heads or tails. He went with heads. His heart banged in his chest. The man smiled and flipped the coined. It landed in his hand.

Rob almost fainted. His 15 million changed to 0. He went to throw his phone in anger. But he wasn't feeling well. He felt like his body was being pulled towards the phone. Rob tried to sit but it was no use. His body moved forward. His head start to get pulled in towards. He tried to fight it. But it was no use. Rob screamed as his head entered the phone, then his body and then his leg. He lifted his arm to pull himself out but it slowly sunk into the screen.

"All-in," the man with the mustache said.

The phone lay motionless on the ground. 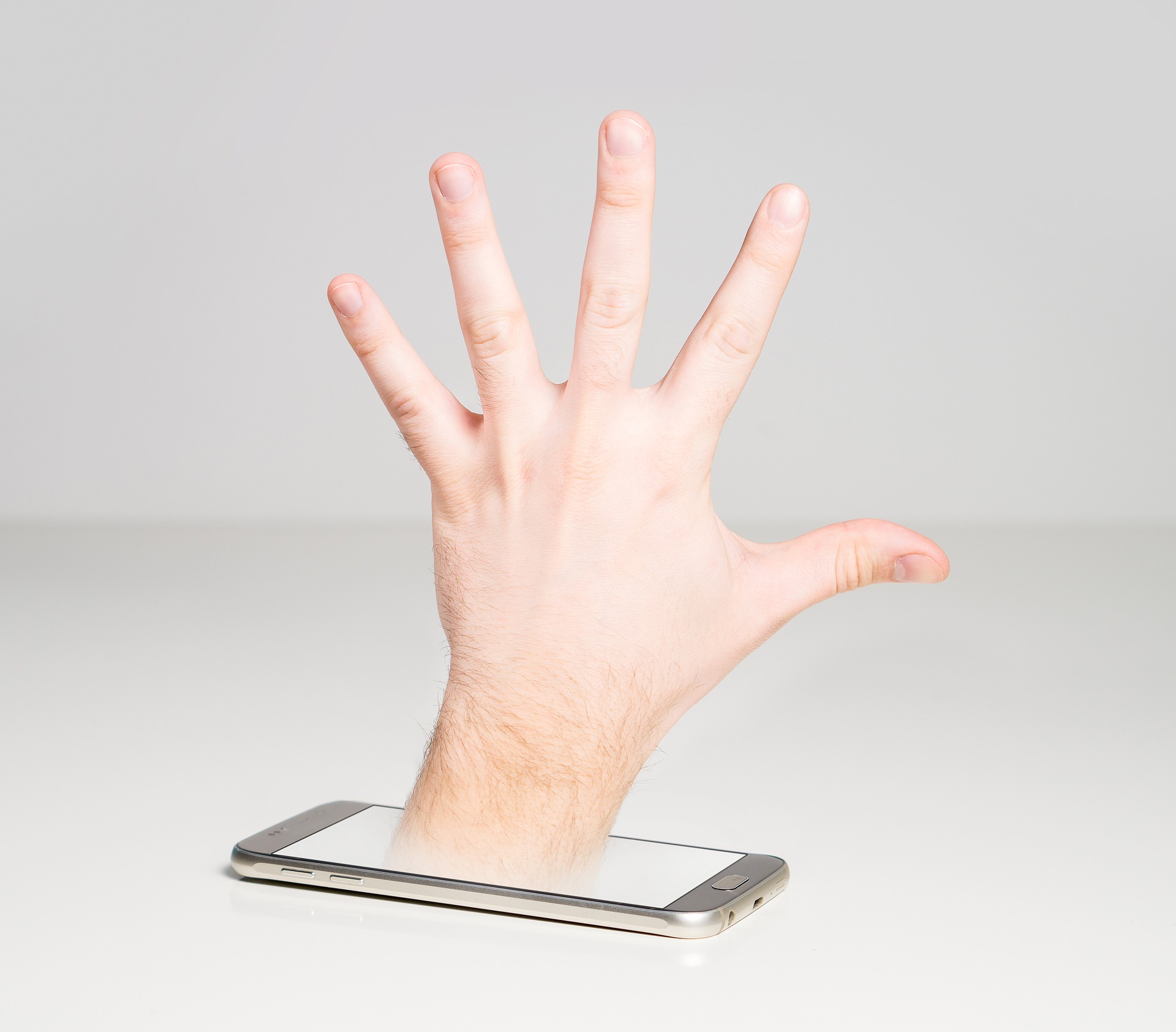 I can totally relate to that. Not sure how to let it go since it is a lot of crypto that I lost in respect to how much I have earned. It may not be a lot to others but it casts a cloud over me and I can not pierce through it. I have been through that all in or nothing mental thought and it just takes one gamble to ruin my life. Very tragic indeed. :/

The thing about gambling is that one wins because someone else has lost it.

There is no way everyone will win at this game.

And there is no such thing as luck in this world.

Gambling is a cure one should avoid it

I told someone at work that I spent my whole paycheck on scratchers. "But I got a ten dollar winner," I said. "So I bought five more scratchers."

Ouch. He tempted fated one too many times and got his hands chewed out. Should have quitted while he was ahead.love your narrative style @whatageek.

Smartphone drowned him to death,
Moral: don't get too much into gambling it can make you fall into an abyss ,abyss from which you cant return.

So live true and listen to @whatageek .

All the money lost in gambling goes into someones pocket!!

Seriously??
Greed Greed Greed
This is all I could say

Nice story. This actually happens in real life. When you bet on something, just make sure to bet what you can afford to lose else you'll face a nightmare you will never forget for the rest of your life.

Okay, I found myself stoping for a moment and asking myself: wait, what? hahah then continued and... woah. That ending leaves me craving for moooore.

Man you're pounding them out today...save me some room in trending bro. 😜

Sorry man, still testing this out this week. Need to spread it out more :p.

This is quite a good story to learn from.

I felt overwhelmed as I was reading through the lines. Build ups are strategically good and arranged. Truly gambling is a total risk WIN or GO HOME. Shalom man

How the out hand in the phone

Just buy some #FLOT tokens. You could be sorted! Gambling within (informed) gambling.

You got a 20.59% upvote from @postpromoter courtesy of @whatageek!

Very touching story telling as always @whatageek, you write masterpieces. I was hoping that Rob would win so much. Poor guy, but that is how all casinos work. They let you win so you lose big.

By the way, we made an app that makes it very easy to post articles thought your mobile phone for Steemit. It is now in the App Store and Google Play, would be nice if you would use it (check it out, it is on my blog, first post). No beneficiaries, adds or fees. It is absolutely free. Please consider supporting our projects. No pressure at all and I will not bother you anymore regarding the App.

Great Story...Please keep it up.

Gambling to is luck and no one achieve greatness by luck. Check
out all the great people in the world, they achieve their stride by focus, tenacity and investment in their talent.

Let's cultivate the habit of honing our skills and gaining more grounds. The sky is the starting point.

Genius! I felt like I was watching an episode of Black Mirror on Netflix! Need to develop Rob's history, perhaps he grew up with a silver spoon in his mouth but his father squandered the money away in high stakes gambling. Each time Rob gambles he see's his father standing before him telling him he's worthless which causing him anxiety and anger pushing him to continue to be worth something... Love your story.

Very good story for us, we all must know when to stop, and never do all-in.
Also, you can read my gambling advice.

We know gambling may not always end to good things. Most of the time it's bad but that doesn't mean it "always" bad. In life, sometimes we need to gamble. It's up to us whether we "bet for win but might lose" or "don't bet to never lose and never win".

Trust me, gambling is a sure way of getting nothing for something :)

I like the concept of this story. Well done keep up the good work.