Its time for STINC to actually support communities on this platform. 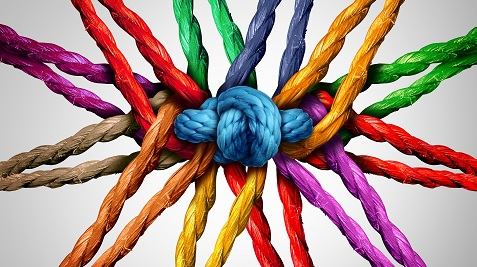 I would like to start a discussion, and hopefully some actions on calling out Steemit and the various super mega whales that have millions of SP that are sitting around being wasted, or being delegated to individual people who in many cases only vote their own posts, or their very close whale mates.

I'm not suggesting in anyway delegating to a group figure head, as that would only lead to problems. What I would like to see happen is the group communual account be offered a delegation that can support everyone.

If we take Team Australia for example, we are one of the fastest growing location based groups in the Steemit ecosystem. We consiste of over 400 dedicated Steemians who all toil away everyday to both provide content to the group as well as recruit and spread the word of Steem.
Thanks to the immense generosity of @ausbitbank the group has a nice delegation of about 1000SP plus the amount he has delegated to our @centerlink upvote bot. This allow Australians to have a steady source of income for their posts.

But this is tiny, a real drop in the ocean compared to what is available and what is being wasted out there. With @ned sitting on an effective SP of nearly 1Million SP and Steemit sitting on nearly 44Million SP I see no reason why established community groups shouldn't be delegated some of these funds to spread between their members.

If the top 4 country specific group, those being Australia, Canada, USA and the Philippines were each offered a delegation of 1Million to their communal account that curates the works of all of their members, we would see the incomes from those posts go from mere cents to dollars. These delegations do not help 1 person, they help hundreds to thousands of individual accounts. This is much more value for money than delegating to a bidbot or to 1 power user.

But this would give so much more flow on benefit than a couple of extra dollars. We would see communities form more readily, there would be greater interest in the platform and a greater uptake from new users. This could then be extended to niche groups, the Metal Stacker, the Woodworkers, the Musicians etc. 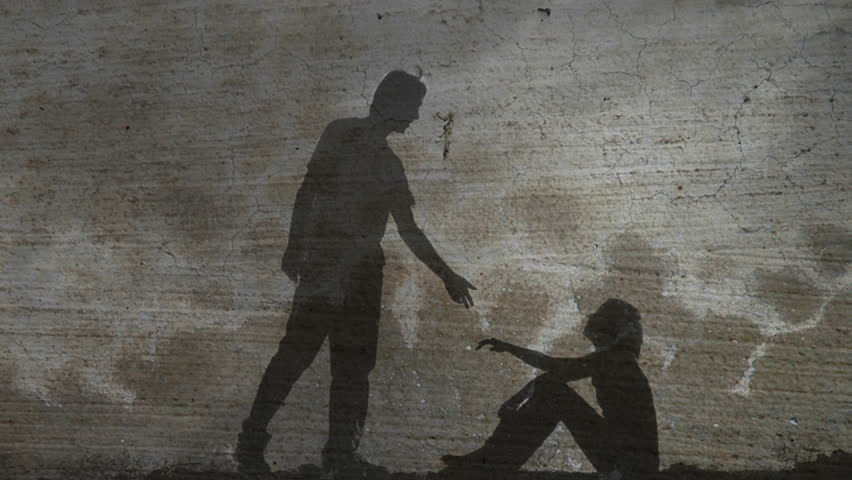 The general view among the ordinary user is that Steemit and @ned really dont give a rats arse about the users. This would immediately change those perceptions. To see the main company getting to the grass roots members and supporting them from the ground up would be game changing in terms of site morale and thoughts.

As 1 individual person, I can only yell so loud, I need help from all of you to have this message and wish spread to the far flung corners of the Steemit Ecosystem. If anyone wants to help with a resteem or bitbot to boost it into trending that would be awesome. Only working together could we get Steemit to listen.

Great idea, but where do you draw the line on which countries get delegation? Nigeria, Malaysia, India, South Africa all have communities trying to grow, and some are growing very fast while others are struggling. Perhaps delegating to the struggling ones would have a bigger impact on growth?

Delegating to something is also an endorsement of that community, so it potentially opens up a very political and subjective can of worms. I suspect that is one reason there are no delegations from those big accounts.

Certainly good points.
But in the same vein, the big accounts are endorsing reward hogging individuals whom generally (not all of course) look after themselves rather than the greater good.
And of course, all those other countries.

It may be the case that the delegator requires a level of "professionalism" within the group, a code of conduct to ensure quality is rewarded for fear of loosing delegation.

Having someone listen and be prepared to discuss is the main goal here.

Very true, and discussion is the first step. It would be nice to see some more big players fostering growth throughout the whole community ecosystem. There will have to be some sort of code of conduct and due diligence to do to make it work.

There is also the aspect of delegating away your influence. I'm not sure how it works with Witness votes, but by delegating too much away, and having very little "net" vests left with which to vote could be a disincentive for those big accounts to delegate (unless your "native SP" is what counts for those votes - which I think is the way it should work for Witness Votes - perhaps it already does??).

Why even draw the line? So many need help and yeh I reckon the smaller ones really struggling could use a fair chunk more than others.

I see the can of worms. I didn't actually think of it to be honest. Yes I suppose it could get tricky and we could end up supporting something we don't agree with in the end.

But surely, after some time, certain communities would have proven themselves to be worthy of the boost they need to grow that community further. Delegations can also be removed and I'm sure if stipulations were made considering said delegation, depending on what it is, parties can come to some sort of agreement.

Just knowing they are aware of the struggle we are having in growing our communities and are willing to negotiate will go a long way.

There would have to be some boundaries to keep things in order, and that may vary from person to person.

Seeing more outward-looking and growth fostering big accounts would go a long way to helping the whole ecosystem develop, that's for sure.

There would also obviously be limits to which the big accounts would delegate so as not to lose their own influence on the rest of the platform too.

Yup. Numbers need to be crunched. Even if the delegation was limited time only and it moved on to the next community after say 6 months, that is still an alternative to big fat nothing.

I'm all for this, share the love and boost real communities 👍😎

Love this post! I couldn't agree more. Those are fantastic country-specific communities that do their best to support their ever-growing members. I think it would totally make such a great impact on people in this community and definitely show how much Steemit Inc actually cares. We have seen individuals and such, get some delegation from Steemit Inc, so why not these 4 great communities that are doing so much good for their members? Would love to see @ned do this for these communities. I am proud to be a Leader of the USA one (SteemUSA) - @steemusa. #steemusa

I hear you and I do agree it would be good to see some of this whale SP getting put into communities.

I thought that Steemit had made a pledge somewhere about not using it's own stake for voting.

I haven't seen the pledge you refer to, but I do believe the Steemit account is used for payments of some kind, perhaps Steemit employees(?), as they are regularly transferring STEEM from the central account to others before dispersing them.

The corporate accounts, which would seem to be Steemit, Steem, and Misterdelegation, all appear to be serving specific functions. Now, Steemit's account doesn't necessarily need SP if it's making payments in STEEM or SBD, but the Steem account is delegating to new users and misterdelegation is, well, delegating to mainly the d-apps, all of which are being used to by different members who can end up on any of the platforms in the ecosystem. These d-apps were, at least, offering some pretty generous bot votes for their users' content, so whether or not it's deemed appropriate, some distribution has been happening there.

Great post mate would love to see some of the bigger whales or @ned and @steemit themselves to help start these groups grow bigger and allow everyone to be shown that this site isnt just a high barrier of entry to get any good rewards done. Just by posting in your countries community you are able to get a bit more of a head start in making some rewards and are incentivised to join more communities and be help them grow themselves

Man.... I don't even know where to start. The amount of things #SteemPh could do with 1mil SP just boggles my mind.

We know how many things we need and the things we want to achieve and unfortunately it all revolves around SP. SP we are all scraping and saving for, while supporting our communities out of our own pockets.

Is the struggle real? Hell yeh it is.

I'm in agreement with the ideals behind your post here. Getting more of the SP lying dormant moving seemed like a great idea to me, too. That was before people like abh12345, paulag and tarazkp started looking into it and determined, to their surprise, too, that it was actually better that all of that SP was sidelined.

I'm not sure now, but all of these posts were happening, I believe, end of February, beginning of March. At any rate, the conclusion was more SP would only cause the reward pool to dilute more, meaning smaller amounts of rewards for everyone else.

Funny thing is, they weren't really looking at delegation in of itself, but what effect voting bots with or without delegation were having on the reward pool. Since there's plenty of delegations going to bots of all stripes, it was important data to look at.

So, I don't know what to think now. With some issues, like this one, the more I read, the more uncertain I get about what's good or bad for users here on the platform. Everything seems to cause an opposite reaction than what was intended.

Whatever truly helps people here is fine with me. You may have seen those posts I'm referring to, but I thought I'd bring them up since your request includes SP that isn't being used, as well as potentially rerouting delegations.