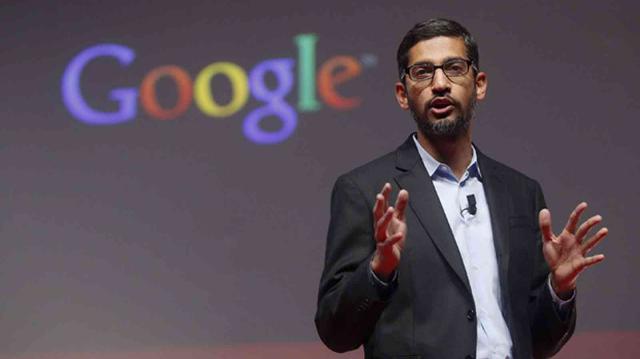 Google search and YouTube advertising increased revenue from Google's parent firm Alfabette But the company's operating expenditure has also increased in contrast to rising advertising revenue. In the first quarter of this year, Alfabet was seen to have tremendous impact on the total income. Investors are concerned about the issue. This information was found in a news agency Reuters report.

Reuters reports that Alfabet had recently published their quarterly income-expenditure figures. It has been found that the operating income limit of Google's parent company has dropped from 27 percent to 22 percent. That is, the expectation of income is not met because of the cost escalation. Of course there are reasons. Alfabet is currently investing in various startups or new initiatives. Besides, phone-based computing has become more attentive to the world. Starting from auto cars, emphasizing hardware sales or cloud computing. These issues have raised concerns about future profits from Alfabetes.

Atlantique Equity analyst James Cordwell said that Alfabet continued to invest in competition with Amazon.com Incorporated. It costs a lot of their income. However, most of their excess profit came from the one-time service sector. The long-term capital expenditure has increased by 3x to Rs 730 crore in the first quarter, which was 25 million US dollars in the first quarter of last year.

Analysts thought that in the first quarter of the year there could be income of 3 billion and 30 million US dollars. But it has exceeded 3 thousand 111 million US dollars. Advertising revenue for investors is the belief that despite the privacy fears, the income from advertising has not come down.

Google is now criticizing Google's business process around the world. Many people are being vocal about the fact that the subscribers receive more control over their information.

An analyst named Ivan Phensheth said that due to the strong economy, many organizations are spending money advertising. Google has dominated the field of mobile and desktop search. Facebook's recent leaks will have little effect on this.

On Monday, Google's Chief Executive Sundar Pichai said, "It is important to understand that most of our advertising business is circular. We show ads based on very little information. '

But Google's one-time expense has been shown. These include the acquisition of two thousand employees of HTC Corporation. Apart from this, Alfabet's marketing of new products and streaming costs on YouTube increased.

Google executive officer said that it is necessary to increase the cost of setting up powerful computers and Internet cables to increase access to services like YouTube, Google Assistant and Data Analytics Tools. The income from Google's advertisingless services is $ 440 million.

Sectors like Google Medical Technology and Drones are considered 'betting' for Alfabet. Operating costs have started to decline from these fields.

The investor's Alfabet's second bet is emphasizing the automated vehicle project called "Vemo". From this year, they seem to be starting to get significant revenue from this project.

Google says that their thermostat maker 'Nest' has earned 7 billion and 26 million dollars in 2017, more than the analysts' forecast.