adventureevryday (64)in #thanksgiving • 4 years ago

Thanksgiving is the best holiday of the year, bar none. A fall gathering of friends and family and the most delicious meal of the year. What could be better than that?

I'll tell you what - TWO Thanksgivings! A tale of two turkeys

Well it goes back to the days of George Washington in the late 1700s, when it began being celebrated around then (although harvest celebrations themselves are of course much older than that). Different states did it differently over the years, until Abraham Lincoln declared in an official public holiday to be celebrated on the final Thursday of November.

But some Novembers have five Thursdays, and Black Friday has to be at least several weeks before Christmas, right? Well, lucky for store owners, good ol' FDR agreed to make it the fourth Thursday in November instead, when this happened in 1939.

So forget the bogus stories you've heard about pilgrims and Indians - this holiday has more to do with deceased US Presidents.

And I'm excited about it this year, because I got to enjoy my first Canadian Thanksgiving dinner last night, thanks to my Canadian friend Ryan. This was a delicious meal of epic proportions!

But first, what about the history of Canadian Thanksgiving? It would be rather arrogant of me to only talk about US history when we're celebrating Canada here. And they have an equally random date for it - the second Monday in October.

Well, part of the reason I wanted to give background on US Thanksgiving first was due to the irony that Canada established their Thanksgiving in large part to celebrate being NOT American.

You see, around that same time that Lincoln was declaring when US Thanksgiving would be, there was a bit of a civil war going on in our country. Canada didn't have that happening, and were rightly quite happy about that, so they wanted a national day to be thankful that they were at peace. But this was also wrapped up into a larger, sort of nationalist "Canada First" thing to establish Canada as a Protestant nation, profess their moral superiority over the slave-holding, engulfed-in-war US, and get people to go to church on a random Wednesday in October. Yes, Wednesday.

So it actually started as a religious holiday, on a Wednesday, and it was only over time that it lost it's religious significance and became moved to a Monday, supposedly due to a petition from the national train company that it should be on a Monday to create a long weekend where people would go visit their families by train. Economics!

I'm sorry this is a very abridged history bit or if I'm a bit off on anything (feel free to correct me or fill in more details). I'd love to go into more detail about everything, but if I do that, Thanksgiving will be over by the time I post this, and I will be exhausted, so read this instead if you want more Canada history.

But if Turkey hats are what you'd prefer, look at these photos instead: 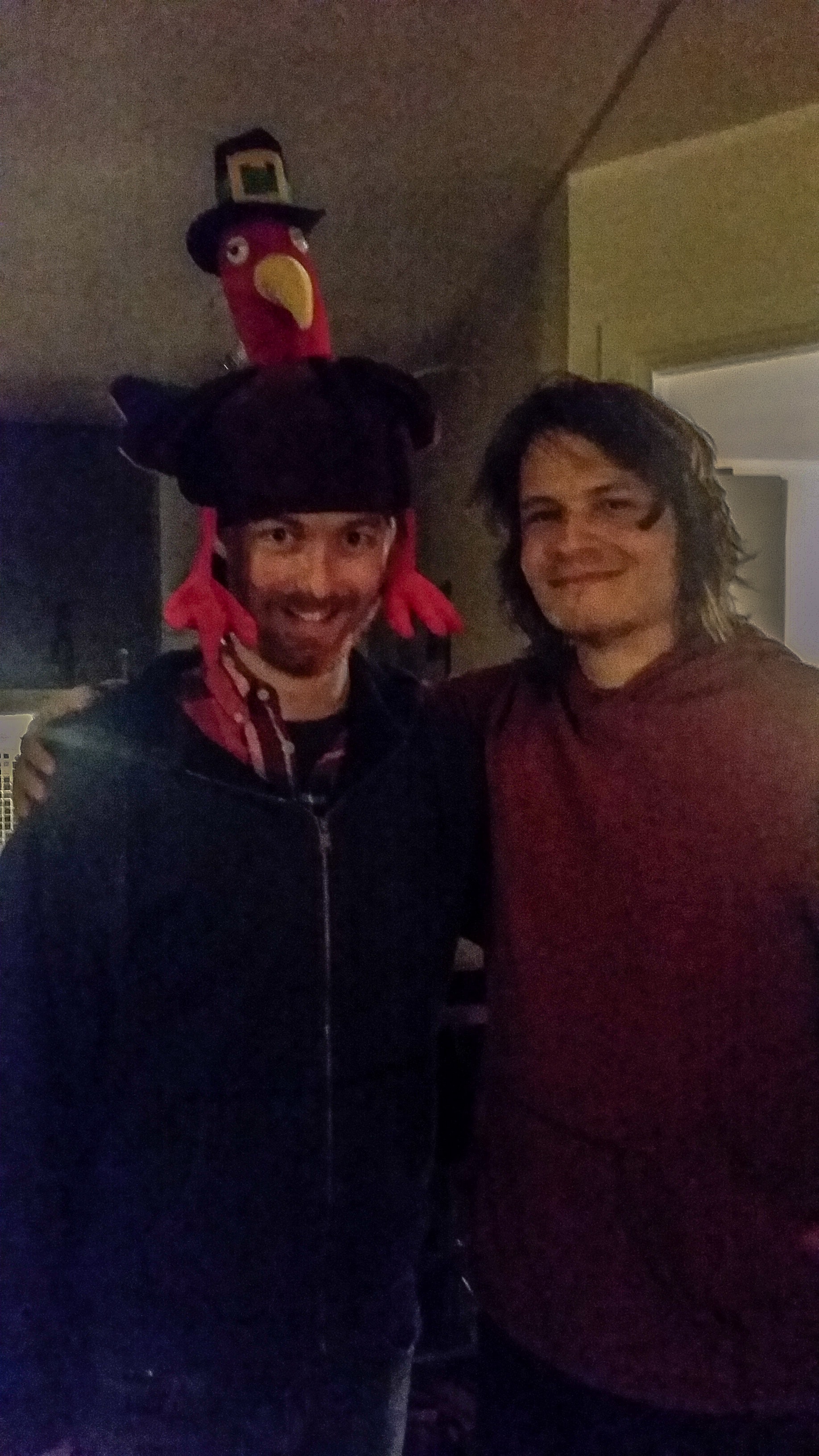 The bird is the word

Being a harvest festival, the holiday centers around the Thanksgiving dinner. Both the US and Canada seem to have adopted some pretty similar traditions here, including the centerpiece of the meal being an entire turkey cooked in the oven.

This was the menu:

There was also pumpkin pie for dessert, of course. And oh yeah, everything was delicious. This is the kind of meal that keeps you full for days. So good.

My contribution to the affair was the sweet potato casserole, grandma's recipe. So maybe this was a US Thanksgiving dish adopted into Canada Thanksgiving perhaps, but I think it fit in well.

And hey, maybe I'm not an amazing chef like @gringalicious, but I was still pleased with how it turned out: 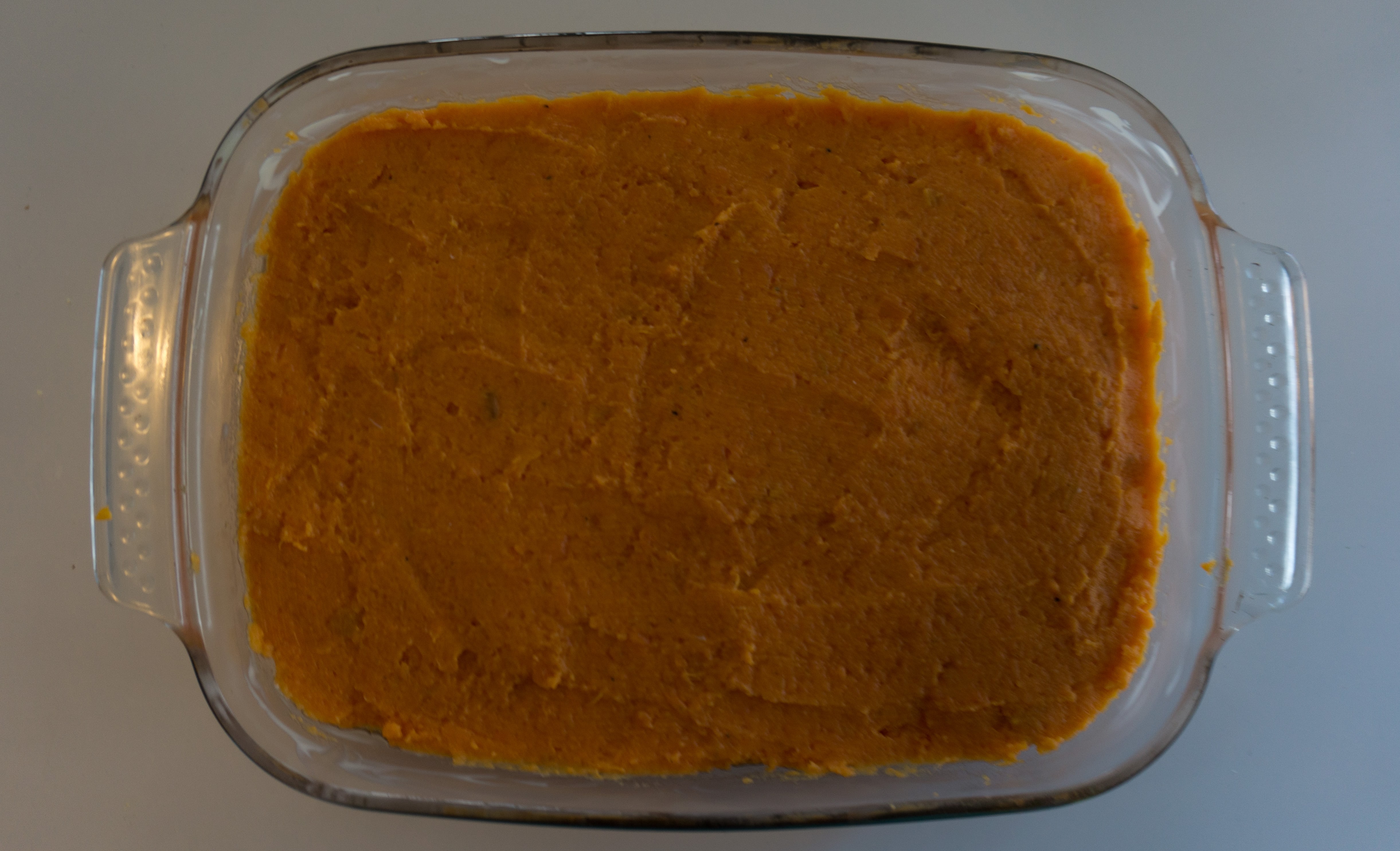 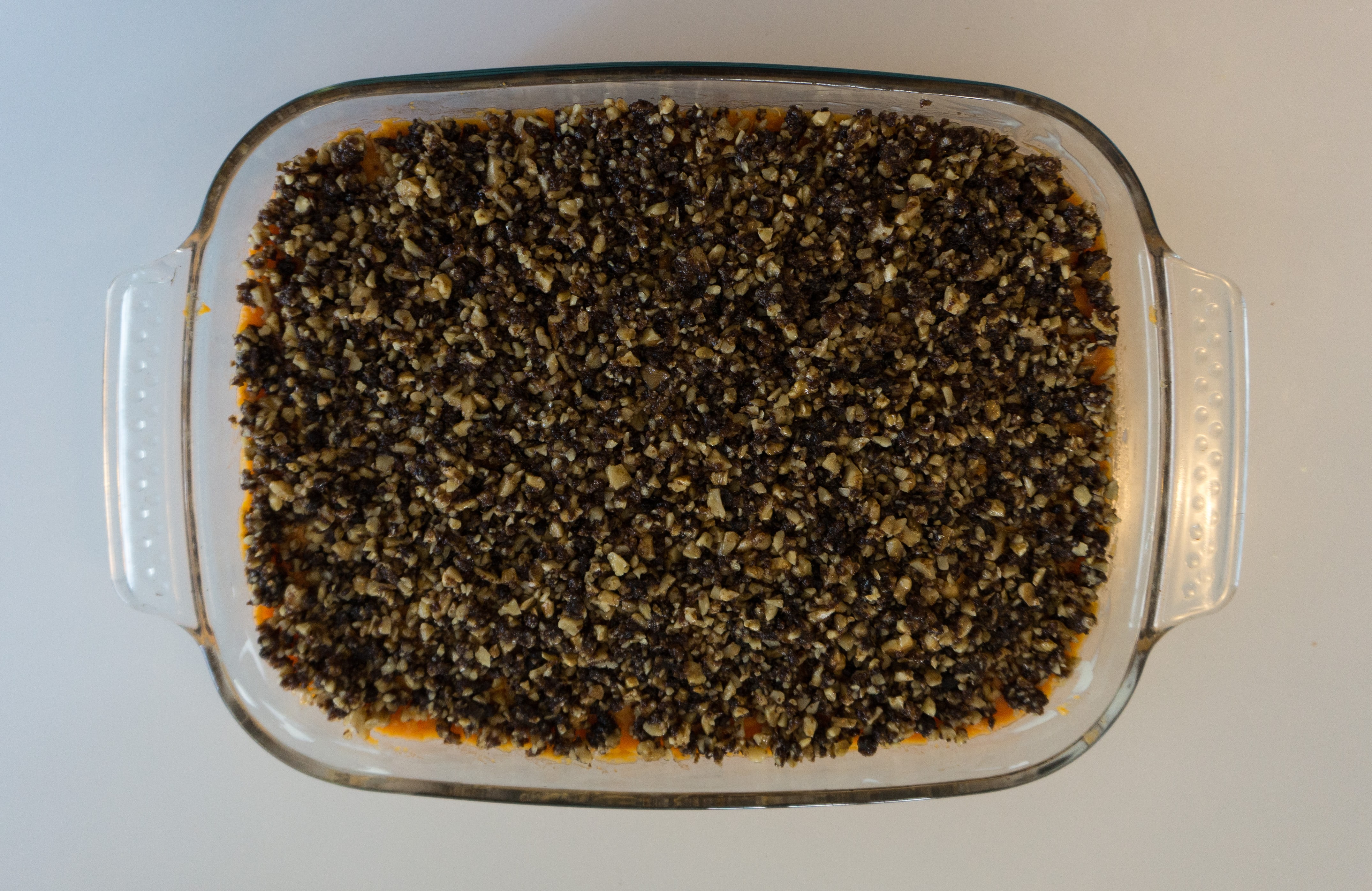 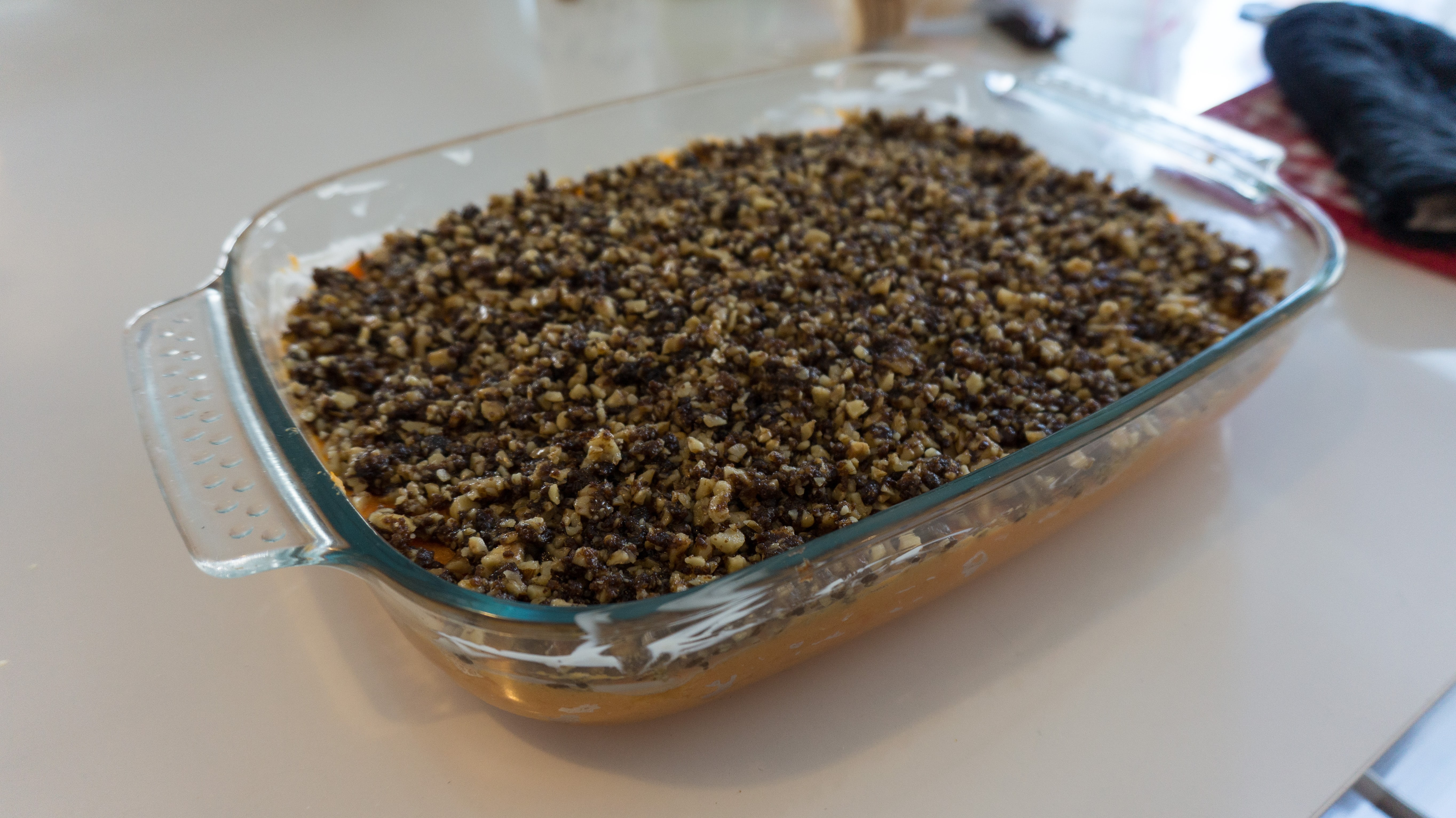 So to all you Canadians out there, I wish you a Happy Thanksgiving!! And I do hope I get to celebrate this great tradition Canada style once again!

How could any event not be a winner with the turkey hats!

Excellent post and narrative. good eating Thank you for sharing!

I hope you get to repeat this as well. Thanks for the Thanksgiving greetings!! Your dinner looks amazing.

Thanks countrygirl! I recalled that you were from Canada from a previous comment, so I had actually thought of you while writing this post. Hope you had a fabulous Thanksgiving!

Thank you my friend!

Congratulations! This post has been upvoted from the communal account, @minnowsupport, by adventureevryday from the Minnow Support Project. It's a witness project run by aggroed, ausbitbank, teamsteem, theprophet0, someguy123, neoxian, followbtcnews/crimsonclad, and netuoso. The goal is to help Steemit grow by supporting Minnows and creating a social network. Please find us in the Peace, Abundance, and Liberty Network (PALnet) Discord Channel. It's a completely public and open space to all members of the Steemit community who voluntarily choose to be there. The @OriginalWorks bot has determined this post by @adventureevryday to be original material and upvoted it!