This art work I did talks About

The tire rolling game has been documented since antiquity in Africa, Asia and Europe. Played as a target game, it is an ancient tradition widely dispersed among different societies. In Asia, the earliest records date from Ancient China, and in Europe from Ancient Greece. 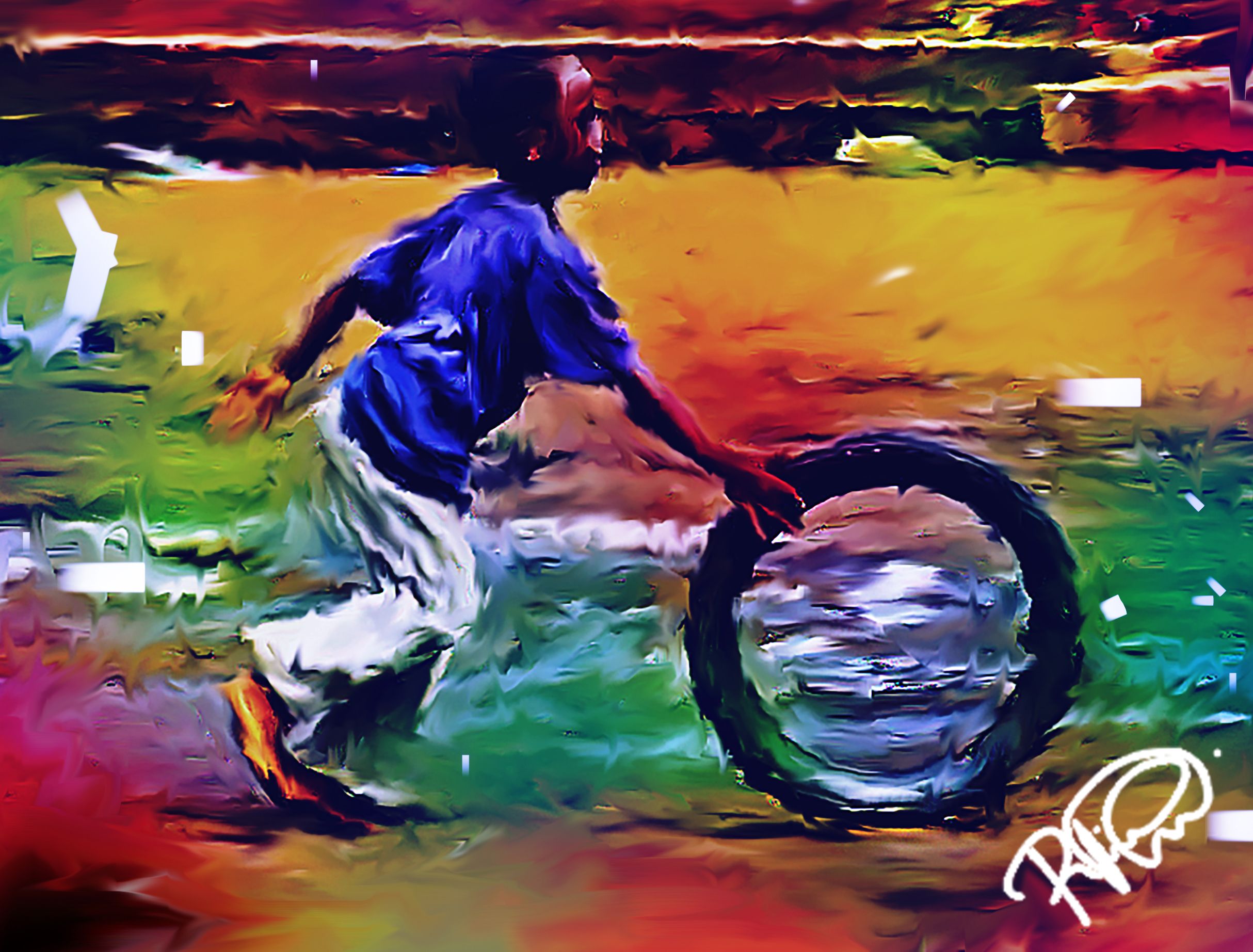 Nice art work. I don't remember what I played when I was a kid, too long ago.

thanks
this game is a nice game