adventureevryday (64)in #travel • 3 years ago (edited)

The next stop on my countdown of favorite Irish places was an unexpected mountain pass discovery, but exactly the kind of place one hopes to find when exploring Ireland. From Druids to Moonshine

It was on a narrow mountain road passing into County Kerry from County Cork in the southwest corner of the country that we stumbled upon this little gem: 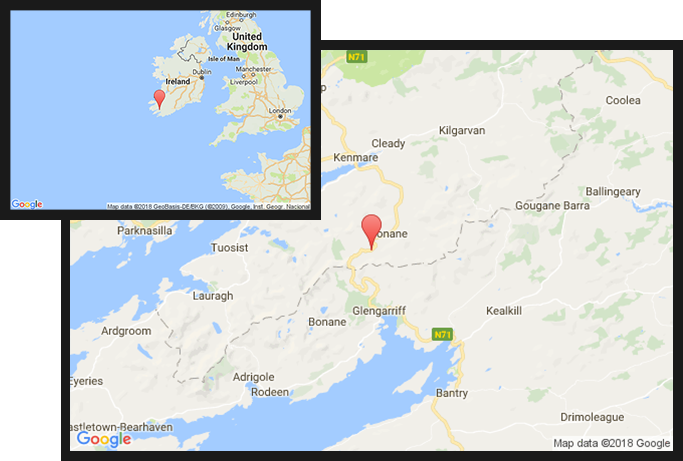 I must confess, much like Kinsale in my previous post, we didn't actually get to spend much time here. But the scenery and story of this place were so captivating that I thought it worthwhile to include in my list anyways. 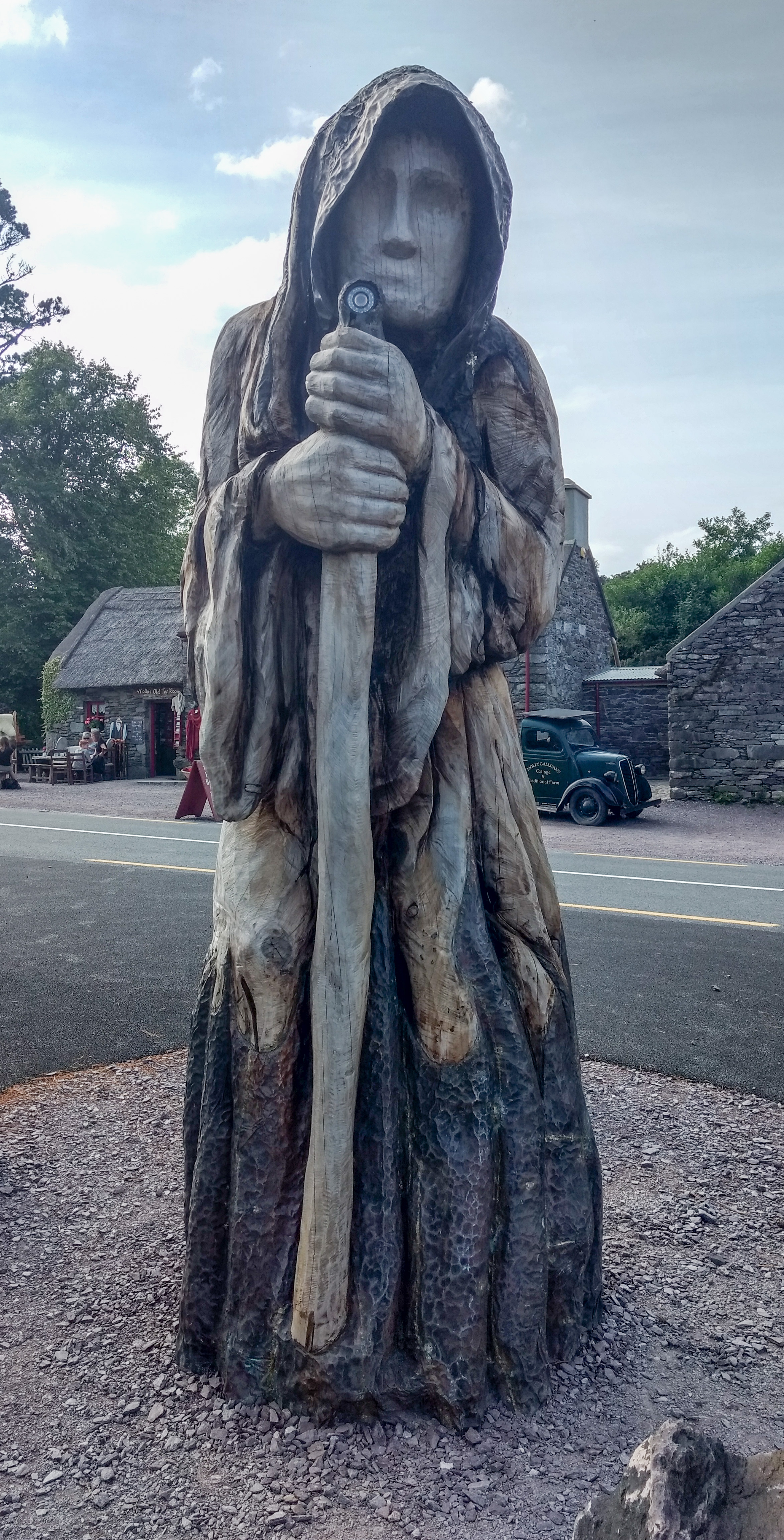 If we want to go way back to the beginning, it is worth mentioning that this region was first populated some 6000 years ago and was occupied through the ages by Druids, the high-ranking professional class in ancient Celtic cultures.

Druid history is a bit vague as they rarely used any kind of written language, but as evidenced by well-known ritual sites like Stonehenge, they were highly spiritual and possessed an advanced knowledge of astronomy. Although we didn't have time to see it, the farm on Molly's property includes a Neolithic Stone Row dating back to 3-2000 BC. The stones there are arranged to align with the sunrise position on the summer solstice (June 21st).

This history is why a Druid statue stands looking out over the valley from the parking lot.

Getting into more recent history, we come upon the story of the tough-as-nails Molly Gallivan herself.

Back in the early 1800s, Molly found herself widowed on the farmstead with seven small children to take care of. In order to do so, she supplemented her income from the farm by opening a Sibheen, and illegal pub, where she sold her homemade Poitín (whiskey), which was known locally as Molly's Mountain Dew. Business boomed when, in the 1840s, a new mountain pass was built to connect the towns of Glengarriff and Kenmare. This developed into a popular tourist route for wealthy English tourists to enjoy the mountain scenery by horse drawn carriage.

I'm not sure whether the original road included tunnels like this, but it was a rather fun road to drive on, despite being excessively narrow like all of the roads in the part of Ireland.

I can attest that the mountain scenery here is very worthy of being a tourist site as well. Look at these photos of the valley and tell me this doesn't look like something out of a landscape painting, complete with animals gently grazing in the hills: 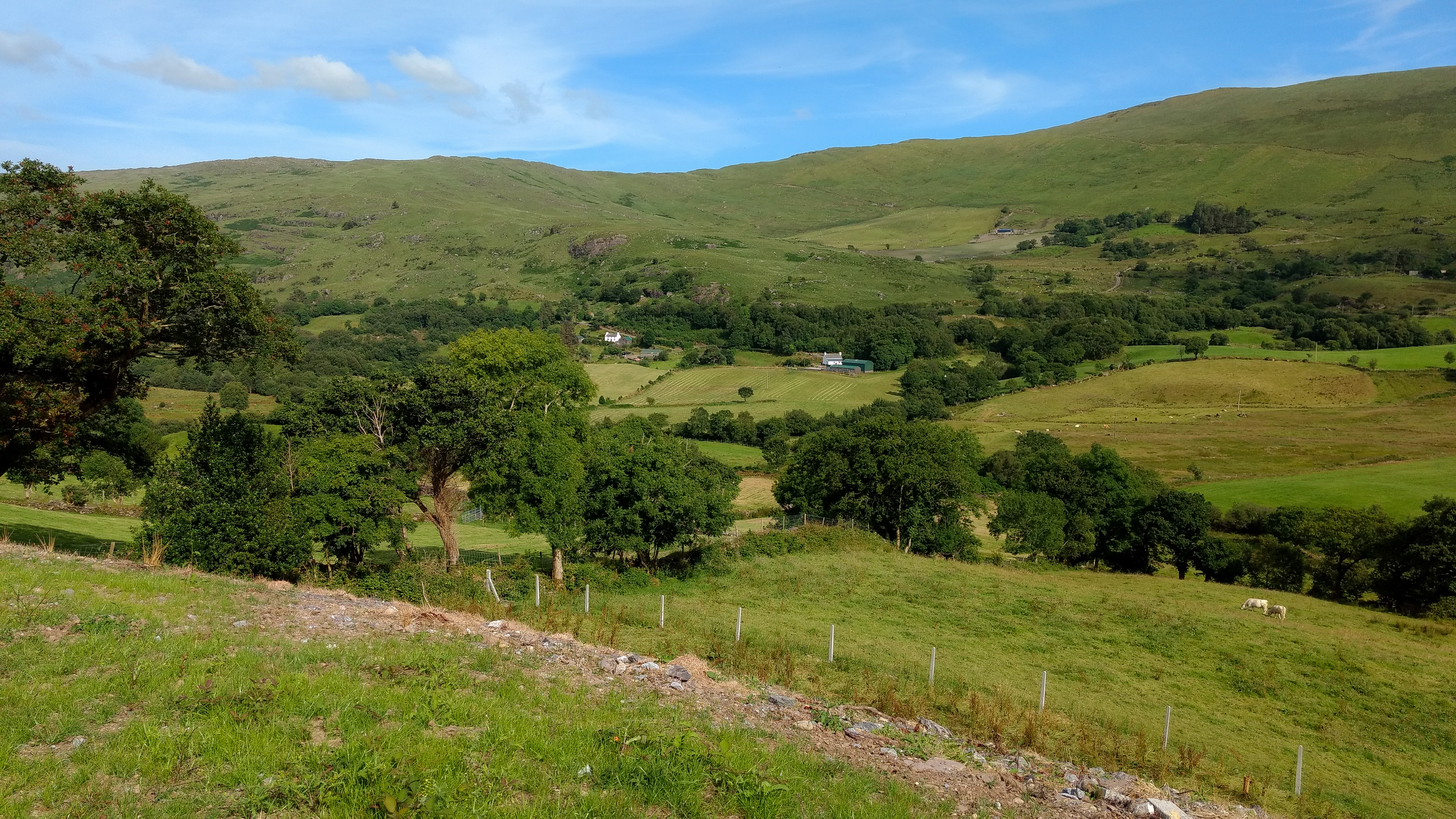 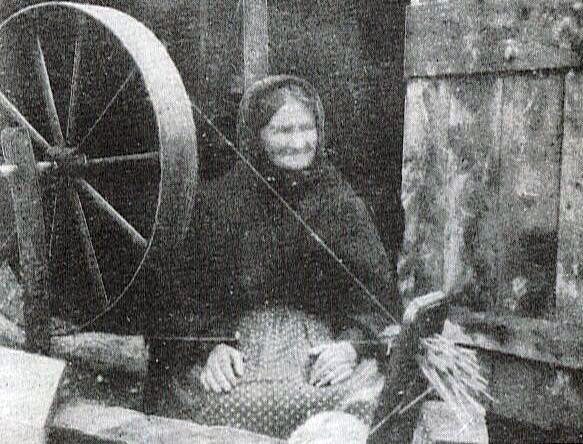 Getting back to the story, as you can guess, Molly's little illegal operation became quite the hit with the passersby. She eventually went legit and began selling her hand-spun wool sweaters and local crafts.

The wool used for this came from local farmers, and neighboring women helped with the spinning and knitting, so Molly's was an important source of employment and economic activity in the otherwise rather poor region.

Over the years since, the site has also been used as a grocery store and as the residence of Molly's last descendant, Jeremiah Gallivan, who passed away in 1997. The current owners took over in 1999 and have opened Molly's to the public. As a tribute to Molly's time, it offers a craft store with local crafts and jewelry, wool sweaters, and a tea room - the simple rural Irish lifestyle.

No word on whether the Mountain Dew is still on the secret menu, but if you find yourself in the area, I'd highly suggest dropping by to find out for yourself ;-)

If you want more information, you can visit the website at https://mollygallivans.com/. Join me next time as the countdown continues with a spot where you wouldn't expect to be allowed to drive your car...

Also check out the #culturevulture contest put on by Irish Steemian himself @eroche if you are interested in or write about anything having to do with travel, culture, art, food, etc. Head over to his blog to find out more.

Good old Molly, some woman. It's funny this part of Ireland is still known as being a law unto itself.

Yeah I can imagine that. It did seem pretty wild despite that humans have been living here for such a long time.

Love the formatting, the photos, details and the logo! Keep up the good vibe, friend. Sorry I don't stop by more often.

Thanks man, appreciate it! Yeah, I sure wouldve liked to take that with me!

Thanks man! I'd really love to see the parts of Ireland I didn't get to on this trip, but if I go back, Kerry will for sure be one of the destinations! It's a beautiful area indeed.

I was interested in the road through the mountain. There are frequent tunnels in Turkey🙄

Cool - I'd love to see that someday. You should come to Norway then if you like tunnels. They're everywhere here!

Thank you. I would like to see Norway. We wait for Turkey.😊

Famous country with great landscape.Dream about travel to Ireland

You gotta go if you haven't been! Such a beautiful place

nice your travel photo. thanks for this post @adventureevryday

Congratulations! This post has been upvoted from the communal account, @minnowsupport, by adventureevryday from the Minnow Support Project. It's a witness project run by aggroed, ausbitbank, teamsteem, theprophet0, someguy123, neoxian, followbtcnews, and netuoso. The goal is to help Steemit grow by supporting Minnows. Please find us at the Peace, Abundance, and Liberty Network (PALnet) Discord Channel. It's a completely public and open space to all members of the Steemit community who voluntarily choose to be there.

the scenery is very worthy & beauty .thanks for information the historical place.

Previously, I was voted like every time from you, but recently I can not do it. Do you have a cause for me? could you please tell me?

It was a great experience of course