I woke up early to catch a bus from Puerto Natales to Torres del Paine National Park. We drove 2.5 hours through flat lands, passing ranches with sheep and cattle.

Upon reaching the park, we all had to disembark and register with the park service. We re-loaded onto the bus, to set out for our respective starting points. The water of Lake Pehoé was brilliant turquoise! Our catamaran docked at Refugio Paine Grande and I followed the boardwalk to the camping area, equipped with hot showers and running water, even a cafeteria and bar! Now this is Patagucci camping! Finding the perfect spot away from the masses, I pitched my tent. The next morning I packed a day bag and set out on a 11km hike to Refugio Grey, near Grey Glacier.

The early morning sun cast the valleys in gold. After an hour and a half of hiking through valleys and alongside Lago Grey, I reached a turn in the bend where I could finally see Glacier Grey, the third largest glacier in the world. I was convinced I had died and gone to heaven. I sat there, captivated by the landforms for more than an hour and a half. I finally reached Refugio Grey and the attendant in the store gifted me some chocolate for my travels. He encouraged me to keep hiking past Refugio Grey to the suspension bridges. I first took a short trail down to Lago Grey. Aquamarine icebergs, once a part of Glacier Grey, drifted in the water. I then hiked further to reach the suspension bridge, which connects the W trek to the beginning of the O, to create a circuit. Suspended hundreds of feet in the air, wind gusting, I broke open. There was nothing to do but put one foot in front of the other, singing to shake my nerves. Reaching solid ground involved one of the most flamboyant victory dances of my life. I felt on top of the world!

The sun was setting lower in the sky, and I had a long way to go! Luckily, I ran into an avid mountain-running German chick. Matching her pace, we hustled back to Refugio Paine Grande. We reached camp as the sun was setting. I was tired, sweaty and hungry, but I was the happiest girl in the world. The next day I packed up camp, hoisted my 60 liter bag onto my back, and headed east.

I caught up to a friend I had met days before and we walked the 7.5 km to Campamento Italiano together. As we walked, I was shocked to find large swaths of dead trees along our path— remnants of the 2012 man-made fire that scorched thousands of hectares of native Lenga trees in the park. We reached a creek, bubbling and gushing with fresh mountain water. The sounds of the swift water poured into my body and ears, drowning out all other thoughts and stimuli. The river marked the entrance to Campamento Italiano and my friend and I parted ways. He continued for Valle Frances, I spent the rest of the afternoon riverside. I hiked up 5.5km into Valle Frances, under the shade of Lenga trees. As I climbed higher and further into the valley, I became surrounded by the unique rock faces of Paine Grande, Alerta de Tiburón, Escudo, Fortaleza, and Cuernos del Paine, awe-struck by their grandness.

After some time of reflection at Mirador Valle Frances, it was time to head back to Campamento Italiano where I grabbed by bag and hiked 4km onwards to Campamento Frances. The weather was just so spectacular; I couldn’t help but act like a giddy fool the whole way there.

The majority the 15km day was spent walking alongside electric, Lago Nordenskjöld. The path dipped down to meet the water, and I hiked along the shoreline.

The final stretch to Torres Central was open and flat; horses grazed in the distance. Finally arriving to Torres Central, a trail friend and I celebrated with beers and a blow-out curry dinner. I woke up at 3:30am in a stupor and with a slight head ache. I met my trail friend and we began the summit to the Towers, or Los Torres del Paine. Paine is an indigenous term for the color blue. The dark night obscured the trail and I was grateful to have an extra hand and headlamp to find the way. The first signs of the morning sun turned the mountains pink, and we picked up our pace to reach the top before sunrise.

The ultimate part of the climb involved hiking over massive boulders. I was so exhausted, and so ready to be there. It was a mental game to the top. But the sight of the golden towers at sunrise was well worth the trip. We wrapped up in our sleeping bags, ate our snacks and cracked some jokes, celebrating our accomplishment. Half-way down, we stopped at Refugio Chileno for coffee; make that three cups please! Afterwards, wired, we literally flew down the mountain, leaving other hikers in the dust, perplexed. We passed a Chilean cowboy, or huaso, leading a train of horses up the mountain. The horses were loaded with supplies to equip Refugio Chileno. Thanks for the coffee, horses, bad ass!

Upon returning to Torres Central, we packed up the rest of our stuff and headed for the buses, tired and happy.

In short, my experience in Torres del Paine changed my life, and I want to share all of the information I acquired with you! Check out my three-part informational series on Torres del Paine National Park. Part One provides a general overview of the park. Part Two includes a detailed packing list. Part Three gives detailed logistical instructions about traveling to and within the park.

Planning a trip to Chile? Considering hiking in Torres del Paine? Comment below with any further questions and I would be happy to give you more details.

May the road rise to meet you, always.

This is really enjoy life

@keepup2018 I am blessed to get to enjoy life like this, and with that privilege comes a responsibility to share what I learn. Thank you for reading!

Awsome expedition you went on. Here is the lower half of a two sheet map of South America by Homan Heirs, 1733. Maybe there are some places you recognize?... 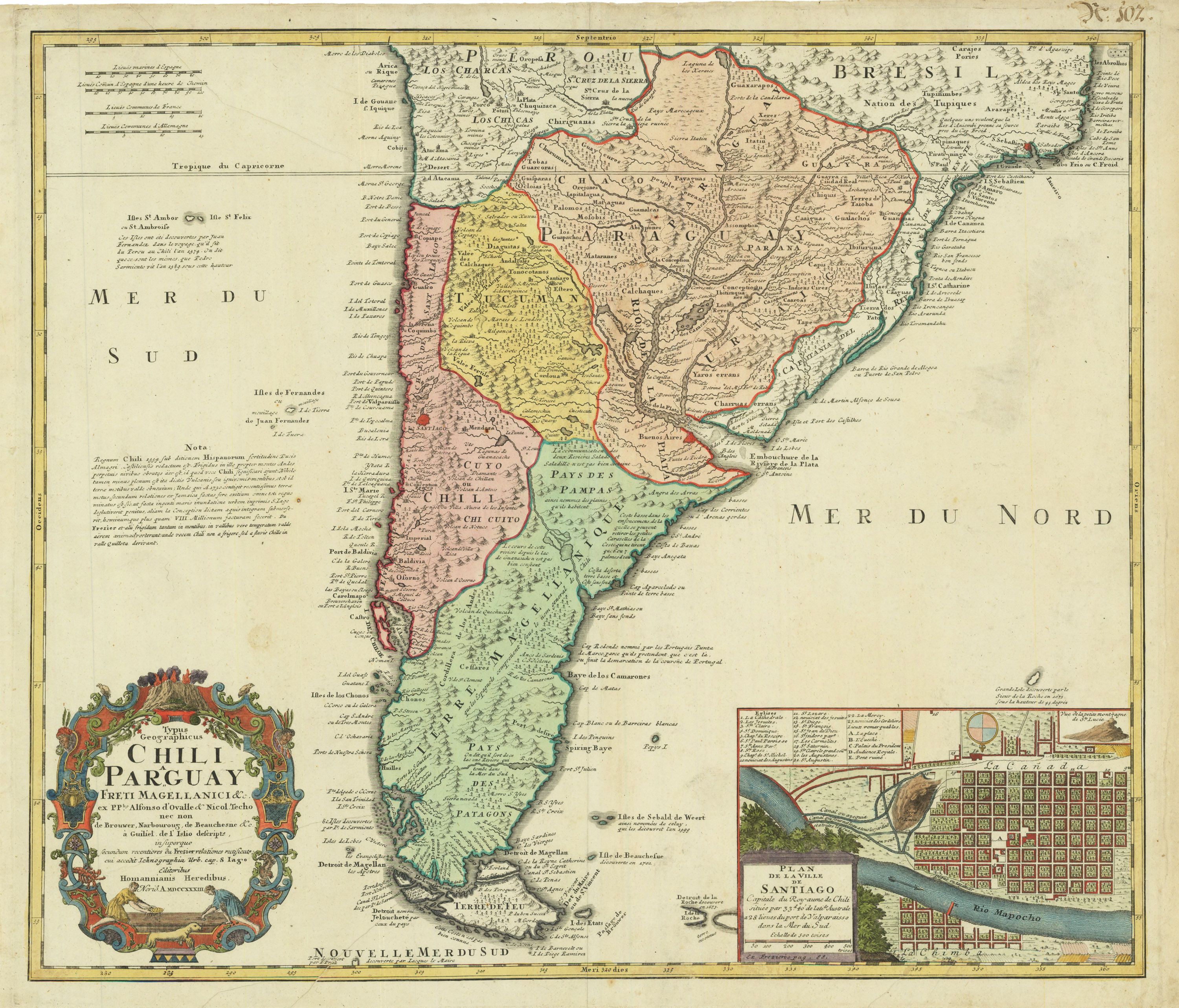 Hey @mapman5000, I just want to say that I think you are awesome. Thank you for sharing this map-- how cool! Looks like current day Chilean Patagonia, which includes Chilean regions XI and XII were once considered part of current day Argentina, here "Tierre Magellanique." Where was Homan Heirs from? What is his story?

Awesome!! Those golden spires are worth the trip alone for a photographer like me. Amazing.

Fun reading about your experience