Lost in Translation: Translating My Thoughts 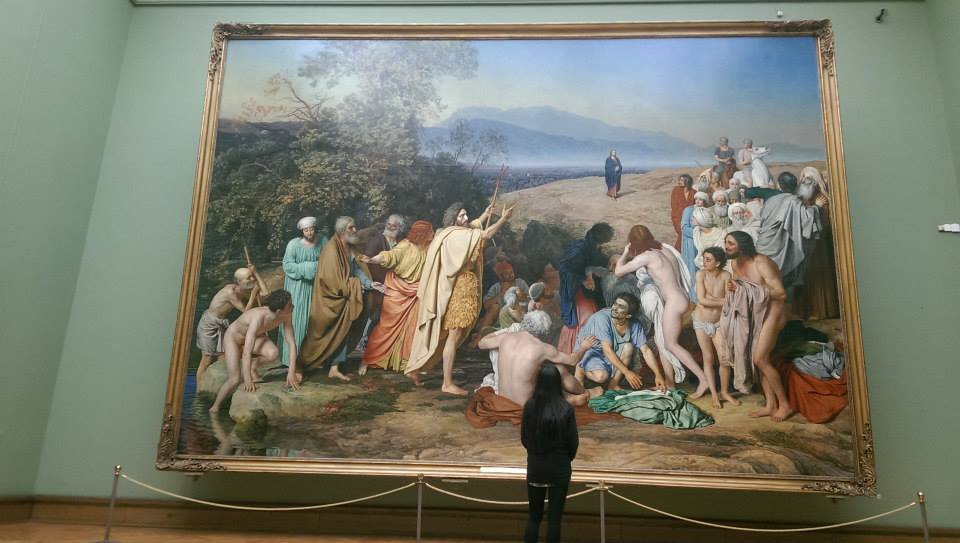 It is hard indeed to notice anything for which the languages available to us have no description.
― Alan W. Watts

When I was traveling, I was put in a situation where there were people who spoke 3-4 different languages like fluently , not just your basic phrases and some foreign words. Speaking the basic phrases and relying on google translate does not qualify for speaking the language. It takes effort, determination, the courage to live in other countries, the willingness to open your mind and the confidence to talk to the native speakers. There can be an exception, being born with diverse background and growing up as multilingual. But even that was also hard, you were probably not aware yet. In other words, it takes time and a little bit of your brain. I was amazed how I was able to socialize however challenging. At some point, we have to agree to only one language that would properly translate our thoughts (if we can) and unite us.

It was also kind of funny at the beginning as I traveled that some people tried to make fun of my grammar when these people only speak one language their whole lives. I even remembered being told you are in my country, you should speak this language. What was I doing? Such a lame and another patriotic excuse. Funny thing, isn't' it? I would never demand anyone traveling to my country to speak my language due to its difficulty. It is not for everyone to learn and even to know what it is at this moment.

When I was living and traveling in other countries, I don't even demand people to speak English for me. I try to learn their language, not because they demand me but because it is a personal choice. It is one way for me to practice this dead brain of mine and to tell the locals that I am trying my best to blend in, and also, I need to know if someone is telling me something like, fuck off or I will rape and kill you now. It pays to understand these things for the love of life sometimes.

Oh yeah, there's another language I speak and write - sarcasm. It is universal I believe. Actually, our humor consists of pure sarcasm that if you can't keep up with friends, you are definitely out. Butthurts won't work here, what we can't speak to other people would not be translated. It would forever be an inside joke due to its political incorrectness. For me, sarcasm is next to oxygen because beating the hell out of people is illegal, isn't it? The hard part is when I have to translate sarcasm to another language just not to resort to violence and being locked up abroad. It was difficult because people just don't understand. The point is, it is difficult for me to translate my thoughts. Even more difficult if you speak 2 other languages and you are not writing and speaking your own. You have so much to translate yet limited ability to put it into writing. Well actually, after being away for quite some time and not really speaking to some people from my own country, I find it even more comfortable writing in another language now however incorrect it would be sometimes. I still find myself having to go through my writings again and again just to make it more professional. I try to improve every day but then I would never be perfect. In the end, to hell with it. I am still trying my best to convey ideas and to translate my thoughts in a different style.

I remember telling someone that if I need to go deeper I would need to speak this language. There are just some things that my brain would not properly translate. Then we would agree to speak in this language purely so as not to bastardize another language. Wait, did you understand that?

Never trust the translation or interpretation of something without first trusting its interpreter.
― Suzy Kassem

One reason why couchsurfers welcome strangers in their homes is to practice speaking another language. I have read many profiles in the couchsurfing community that say about language exchange. So it is not just getting a free 5-star private room in a posh condo, it can also be a language exchange. And as always, beware of the creeps pretending they like language exchange. Some people have the capacity to demand other things by the way, in case you don't know by now how human nature works. It works both ways too, either the host is a creep or you are. If you are not aware of that as well, ask other people in your own language.

Another thing to tackle, any multilingual can be badass arrogant sometimes, yes, just like any other humans. And it annoys me as hell. I can be damn straight in real life if I have to, like telling someone hey you are arrogant, you know? Is it because where you are from? Ok, let's just think why does it afford them to be arrogant? Two things, it is probably the effort that had gone through all the learning process, or it was just the way they were brought up. Most of the time it is the latter. But what if you are just born with a diverse background and your baby brain just absorbed it all? Ok, nevertheless, people should not be arrogant in any way.

Just be humble for the gift you have, that's all.

So in the end, I would say that people just don't realize the trouble I have to go through every day to translate my thoughts just to cater to a wider audience. So forgive me if I am not as perfect, coherent and professional as you all are. I will translate the untranslatable but not going to demand anyone to dig deeper into a psychotic mind. So I would understand the need to devalue my post that it deserves, and I would even try my best to welcome unsolicited advice. Nevertheless, here I am, still writing for you all. Would you believe!

Imagination is a very high sort of seeing, which does not come by study, but by the intellect being where and what it sees, by sharing the path, or circuits of things through forms, and so making them translucid to others.
― Ralph Waldo Emerson

You have never heard me criticize your writing - because I dare not! You, as I have said, are a better writer than I, because you communicate what you MEAN, rather than use grammar with ease, or find the words just tripping off your tongue.

"I will translate the untranslatable..."

And that is the best writing, regardless of which language you post in.

The fact that you have a learn-any-language-you-come-across policy is pretty neat, learning a language is actually one of the greatest mind-benders, learning many.. well, that's just darn impressive.

Criticism does burn, and as you mentioned, so does sarcasm. But if anything, they both imply that both the giver and the receiver of them are flawed and has room for improving something, good luck to you with learning many new languages, it deserves respect.

I have yet to see someone flawless. Everyone's flawed just like you and me. Good luck to you too.

Thanks for sharing your musings about languages. I can understand, what troubles you speaking different languages. I lived for 12 years abroad and until the end I felt like a foreigner, et least on language level. I see you are writing about positive aspects of multilinguism as well, and indeed there are a lot of advantages to it. Specially if it's your own choice. To express oneself in a foreign language helps also to protect sometimes your soul. It seems easier to say something from deep inside not in your mother tongue, apparently because expressing in foreign language takes place more on the rational side than the emotional.
Maybe this was also a reason I kept my Esperanto going.
Good luck for you. Bonan tagon!

No worries, good luck with Esperanto.

I hate the language barrier... E.g we have an exchange student in our class and he doesn't speak perfect German. If he wants to tell something and doesn't know a word, a weird situations originates. But he still knows the words in English or in his native language French and we also know some French/English.
I don't want to know in which strange situations you already were because of a language barrier.

Ok @jbp thanks for reminding me of the 1010 followers, used to be 1012 haha. The worse can be when you're in a situation you don't speak the perfect language, and you can't understand the conversation of everyone around you. It can happen when you travel alone.

If a killer/rapist tells you what he does, he sounds like he is not very good at his profession btw.

Honestly ? Both your phrases sound like sarcasm to me. :))

actually only the second one was thought to be sacarcstic...

I still think I am fucking hilarious...this is a clear case of dont drink and steem or so

Here's for all the trouble. :)

I can't imagine how the conversation in real life would go. 2 sarcastic people haha.

thats one problem if you meet another sarcastic person....

you sometimes dont know if they are sarcastic or not

Well, sometimes, it takes one to know one...

I agree with you.

Great post . Just to be clear- English IS your first language, right?

Congratulations! This post has been upvoted from the communal account, @minnowsupport, by diabolika from the Minnow Support Project. It's a witness project run by aggroed, ausbitbank, teamsteem, theprophet0, someguy123, neoxian, followbtcnews/crimsonclad, and netuoso. The goal is to help Steemit grow by supporting Minnows and creating a social network. Please find us in the Peace, Abundance, and Liberty Network (PALnet) Discord Channel. It's a completely public and open space to all members of the Steemit community who voluntarily choose to be there.

Thanks for your work as well! Followed @diabolika