Tour to the ancient city of anuradhapura - Sri Lanka - part 1

The historic city of Anuradhapura is located around 205 kms north of Colombo, is one of eight World Heritage Sites in Sri Lanka and is one of the oldest continuously inhabited cities in the world. Anuradhapura, a city rich with Buddhist culture.

Anuradhapura, the first capital of Sri Lanka established in the 4th century BC that remained the Royal Capital for over ten centuries. Its vast network of ancient Buddhist temples, monasteries and places of worship which cover over 40 sq kms has made it a sacred site to Buddhists around the world. The sacred Bo Tree otherwise called The Sri Mahabodhi Tree , the country’s first stupa , biggest stupa & many more stupa , temples , ruins of ancient kingdom & with large man made irrigation tanks called ''wewa''

Sri Mahabodhi Tree
The oldest historically authenticated tree in the world (2,200 years). A branch of the very Bo beneath which (at Buddha Gaya in North India) the Buddha himself found Enlightenment, was brought to Sri Lanka in the 3rd Century B.C. by the Princess/religieuse Sanghamitta; a sister of the saint Mahinda. 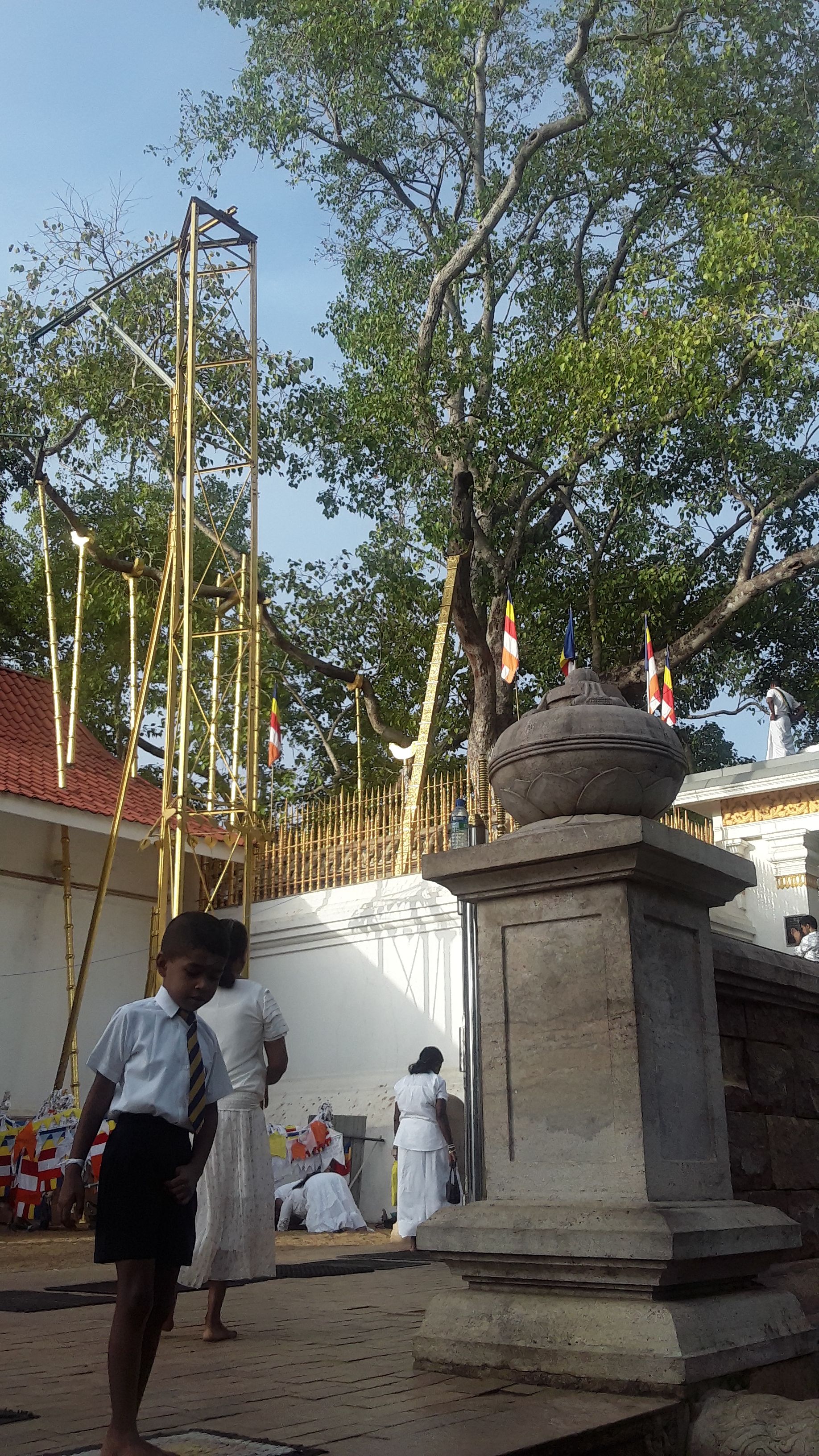 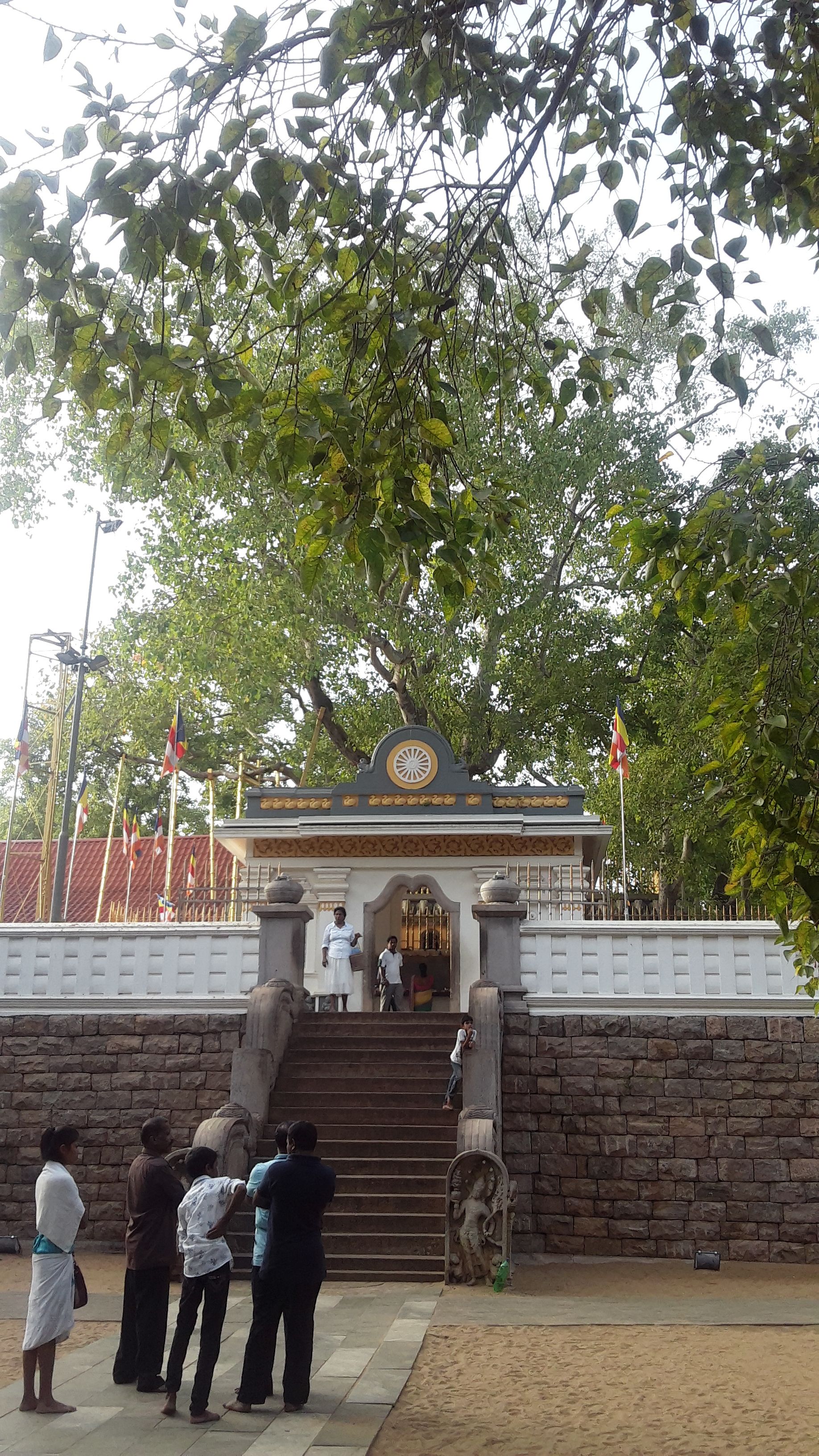 Thuparama Stupa
Thuparama is the first dagoba to be built in Anuradhapura during the reign of King Devanmpiyatissa (3rd century BC) enshrining the right collarbone of the Buddha, His alms bowl and other relics. The original dagoba, which was much smaller in size, was renovated and rebuilt several times and the last restoration had been in 1862 in it its present form. The concentric rows of stone columns around the dagoba had at one time held a wooden roof in position over it. Ruvanveli Dagoba
Ruvanveli Dagoba built by King Dutugemunu who ruled the country in the 2nd century BC is a huge dagoba measuring 103 metres in height with a circumference of 287 metres. The dagoba was in a state of disrepair when discovered in the early 20th century and was restored in its present form according to earlier dimensions. 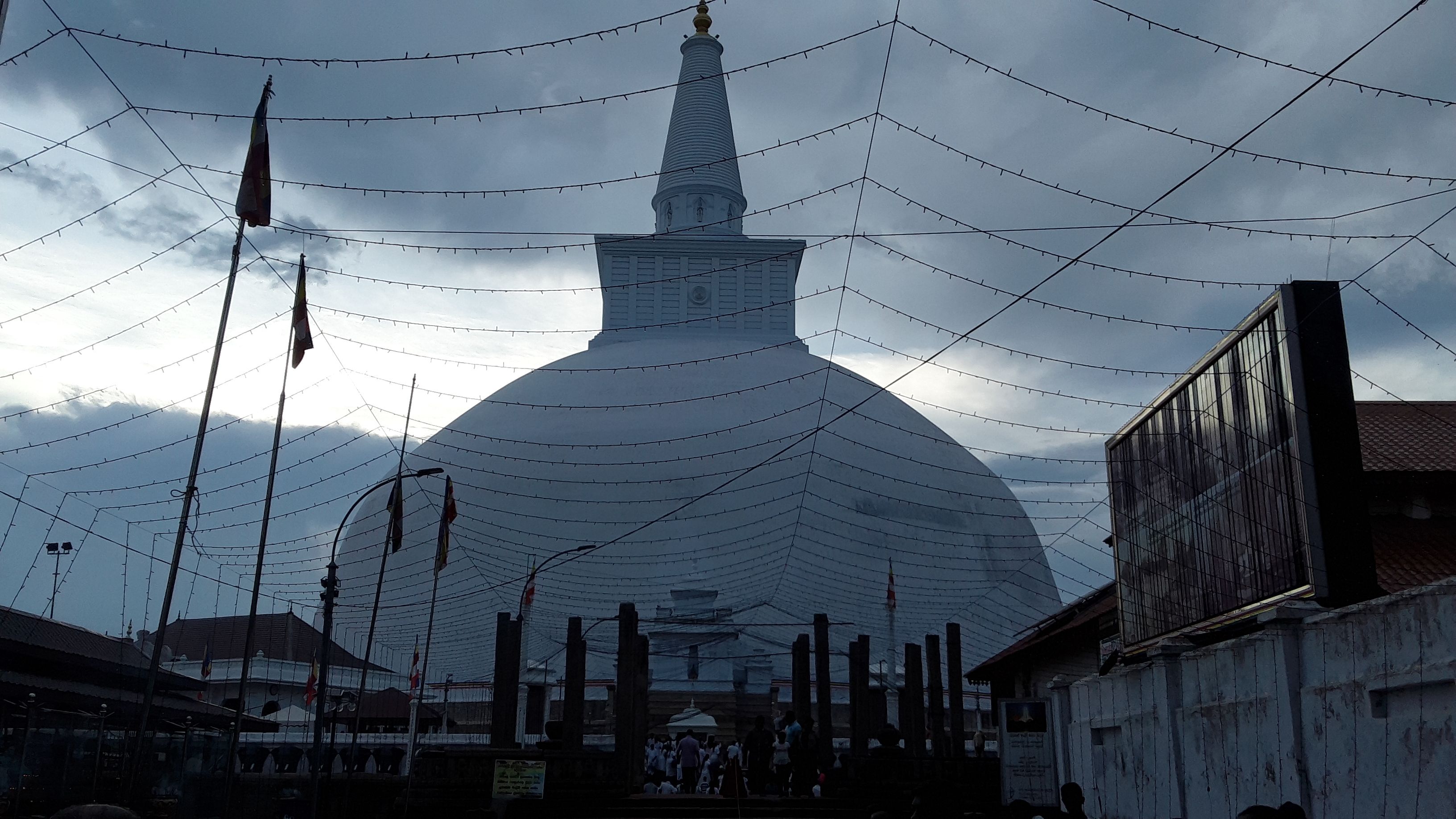 Jetavana Dagoba
Jetavana dagoba is an enormous brick structure standing in the centre of a large monastic complex, built in the 3rd century AD by King Mahasena. The dagoba stands on a square platform measuring 3.2 hectares in extent and is rated as the largest and tallest brick built monument in the world. In its original form it would have been 120 metres high, shorter than only two Pyramids of Egypt. It has been declared a World Heritage Site. The super structure of the dagoba is currently being restored under the UNESCO Cultural Project. Abhayagiri Dagoba
This colossal dagoba is the centrepiece of a monastic complex founded by King Valagamba in the 1st century BC that subsequently developed into an international institution attracting scholars from many countries. The Chinese monk Fa-hien came here in the 5th century in search of Buddhist manuscripts and spent two years. In its original form the dagoba was 115 metres high but now it is only 75 metres high with a circumference of 667 metres. It was at the Abhayagiri complex that the sacred Tooth Relic of the Buddha brought to Sri Lanka was first housed. 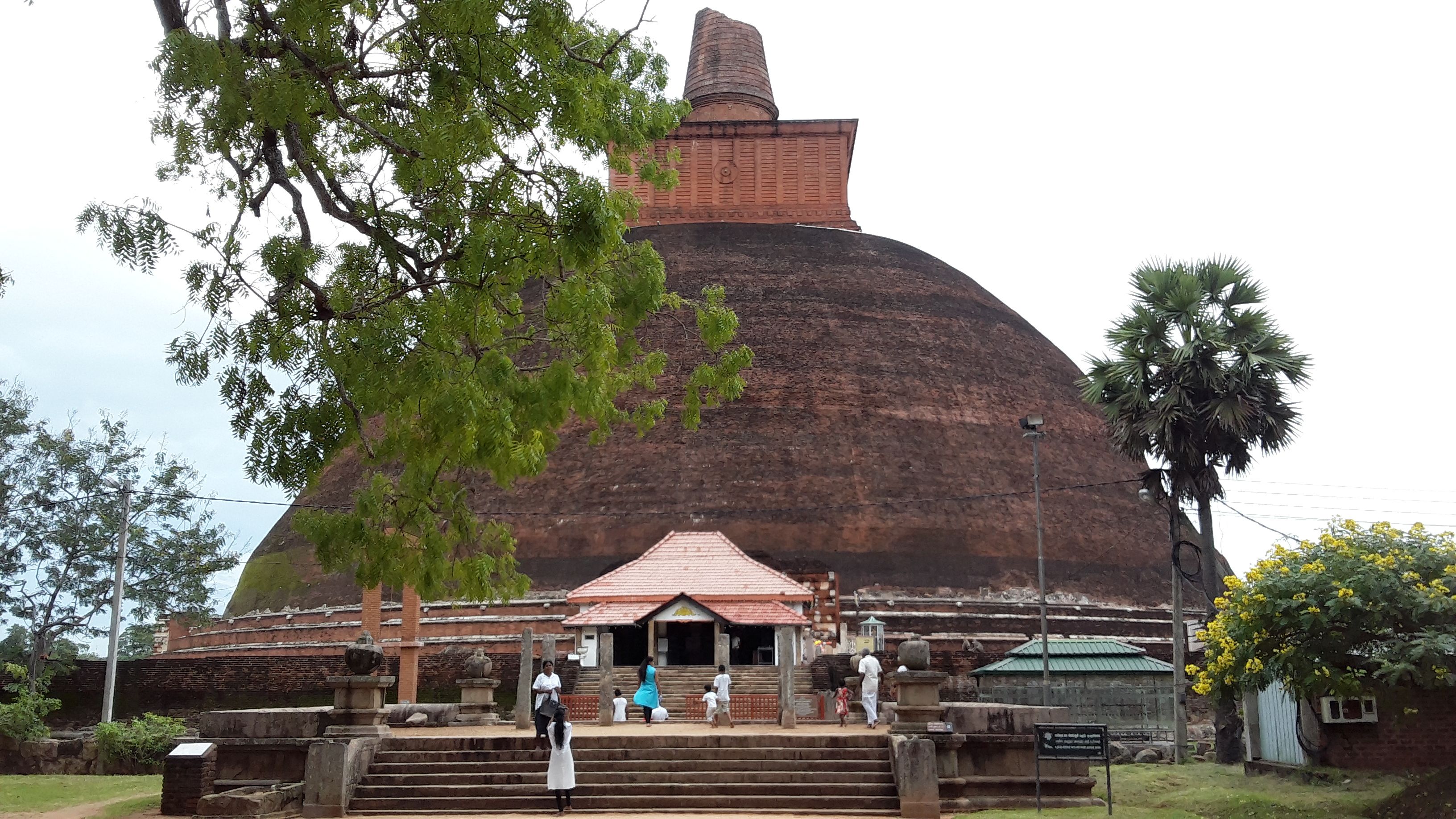 These are only few main places I have visited & expect more unseen photos & places where you would love to see if you visit sri lanka. Will show all the places you need to visit in Anuradhapura so th;at anyone can travel even by them self without a guide or Tuk tuk. by hiring bicycles if you would love to do so :) .