Berlin is one of the most visited cities in Europe. With almost 3.7 million inhabitants, the capital of Germany is also the largest city in the country and, after London, the second largest in the European Union. A captivating and cosmopolitan capital in the heart of Europe.

A vibrant metropolis full of history and culture 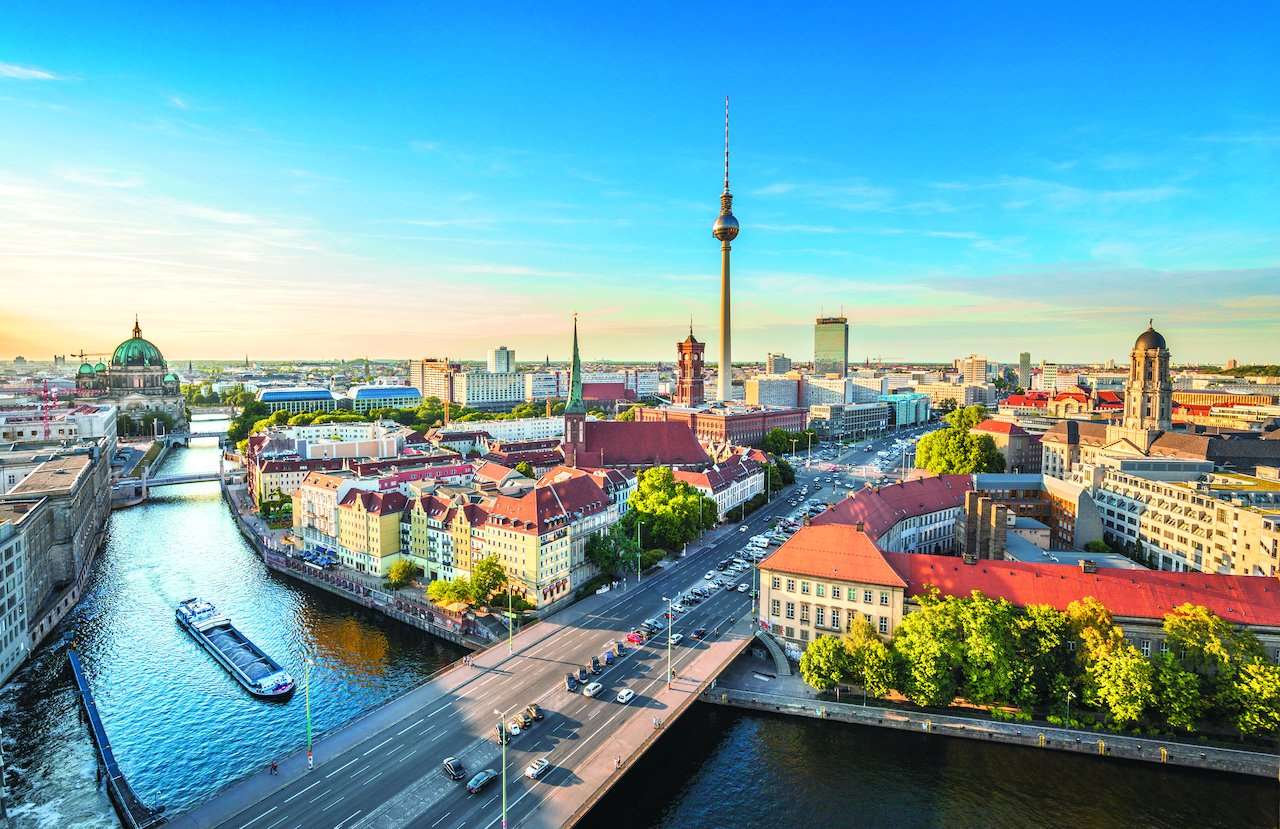 © bluejayphoto
The economic crisis of 1929 and the rise to power of the Nazis suddenly put an end to the twilight era of the 1920s, with its flourishing film industry and legendary nightlife, which also inspired the musical "Cabaret ". At the end of the Second World War, Berlin was a ruined city, with no intellectual and cultural elite, occupied by the four allied powers, divided in two parts by a wall that was, until its fall in 1989, not only a insurmountable frontier, but also the symbol par excellence of the "Iron Curtain" and the Cold War, that is to say the separation of Europe and the entire planet into two opposing ideologies. Since the German reunification on October 3, 1990, Berlin has seen an incredible revival. The metropolis on the banks of the Spree is constantly reinventing itself and attracting ever more visitors and new inhabitants from around the world. Attractive, growing in all respects, and more popular than ever, it is very popular among creative young people, those who have remained young at heart as well as history and culture buffs. In the meantime, many research centers and start-ups have settled alongside universities and colleges. And also as a place and city of cinema Berlin has again become one of the first addresses, not only thanks to the Berlinale.

In the footsteps of European history of the twentieth century © Andrey Danilovich
The move of the German Bundestag and most Bonn ministries to Berlin in the late 1990s marks the beginning of a new political era. Berlin is the German capital, but also the seat of government, and therefore, the political center of the country. The historic Reichstag building is surrounded by an impressive complex of modern buildings. This new district called Regierungsviertel (government district) is a good starting point for a visit to the city and one of the city's major tourist attractions, to discover on foot or during a boat ride. Unforgettable and unavoidable: a visit (free!) Of the large glass dome and the roof terrace of the Reichstag, only possible by prior reservation. 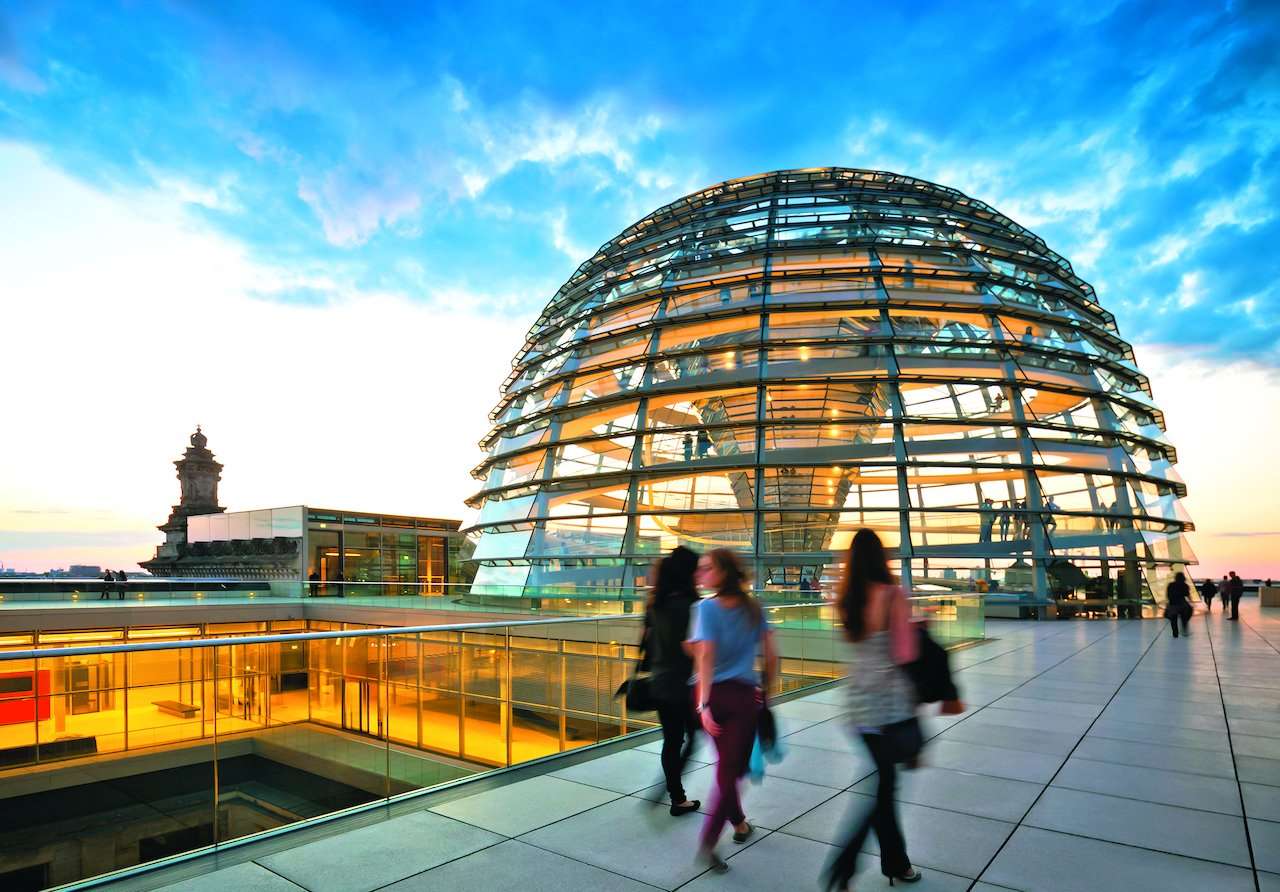 © Nikada
From the Brandenburg Gate, you will find a magnificent axis that leads to the Unter den Linden boulevard to the east and to the Victory Column to the west (which has a small platform under the angel). one of the most beautiful views of Berlin) and the Tiergarten, the green lung of Berlin and one of Berlin's most famous parks. The Memorial to the Murdered Jews of Europe is a stone's throw away. Difficult, if not impossible, to describe the emotions that seize the visitor who visits this field of 2,711 steles scattered over 19,000 m2 and the strangeness of this place. You have to go there to (better) understand. The same is true for the Jewish Museum in the Kreuzberg district, another place not to be missed for those interested in the life and appalling fate of Berlin Jews during the Holocaust. Anyone interested in the Cold War and the history of the Wall should not miss a stop at Checkpoint Charlie Wall Museum, a former checkpoint between the US and Russian sectors. About 3 km further north is the Berlin Wall Memorial, a division remembrance center in the FRG and GDR, located on the former border strip of Bernauer Straße, where the last section of the wall is also located. fullness and all its width. Even further north, spring is coming every year in the most beautiful way possible. The old border strip near Bornholmer Straße is lined with cherry trees. When they are in bloom, this corner of Berlin turns into a pink tunnel. A true botanical paradise!

One of the greenest cities in Europe ... © LordRunar
... at least in terms of the amount of parks, gardens and forests. In total, there are 2,500 parks and public gardens (13% of Berlin's area), including 23 parks with an area of ​​more than 50 hectares. The wooded areas make up 18% of the total area of ​​Berlin. Not to be missed: the Prussian castles and gardens of Berlin and Brandenburg, such as Charlottenburg Castle (in the namesake district) opposite the Bröhan (Art Nouveau and Art Deco) museums, Berggrün (Masters of Modern Art ) and the Scharf-Gerstenberg collection (surrealism).
Or, the Sans-Souci castle (in Potsdam), the two castles of Glienicke on the banks of the Havel and Lake Glienicke, and the Pfaueninsel (Peacock Island) with its castle, inscribed on the World Heritage List of UNESCO. Among the other sites classified by UNESCO are the Modernism Cities, comprising six housing complexes, built between 1913 and 1934 and spread throughout the city, as well as the Museum Island in the center of the city, a an extraordinary collection of five museums: the Pergamon Museum, the Bode Museum, the New Museum, the Old National Gallery and the Old Museum.
Do not miss it if you are a fan of photography, cinema and the media: the museums of photography / Helmut Newton Foundation, cinema and television and communication of Berlin. In total, Berlin has 175 museums, more than 140 theaters and about 300 cinemas. There is therefore an exceptionally rich cultural offer.

Have fun and relax 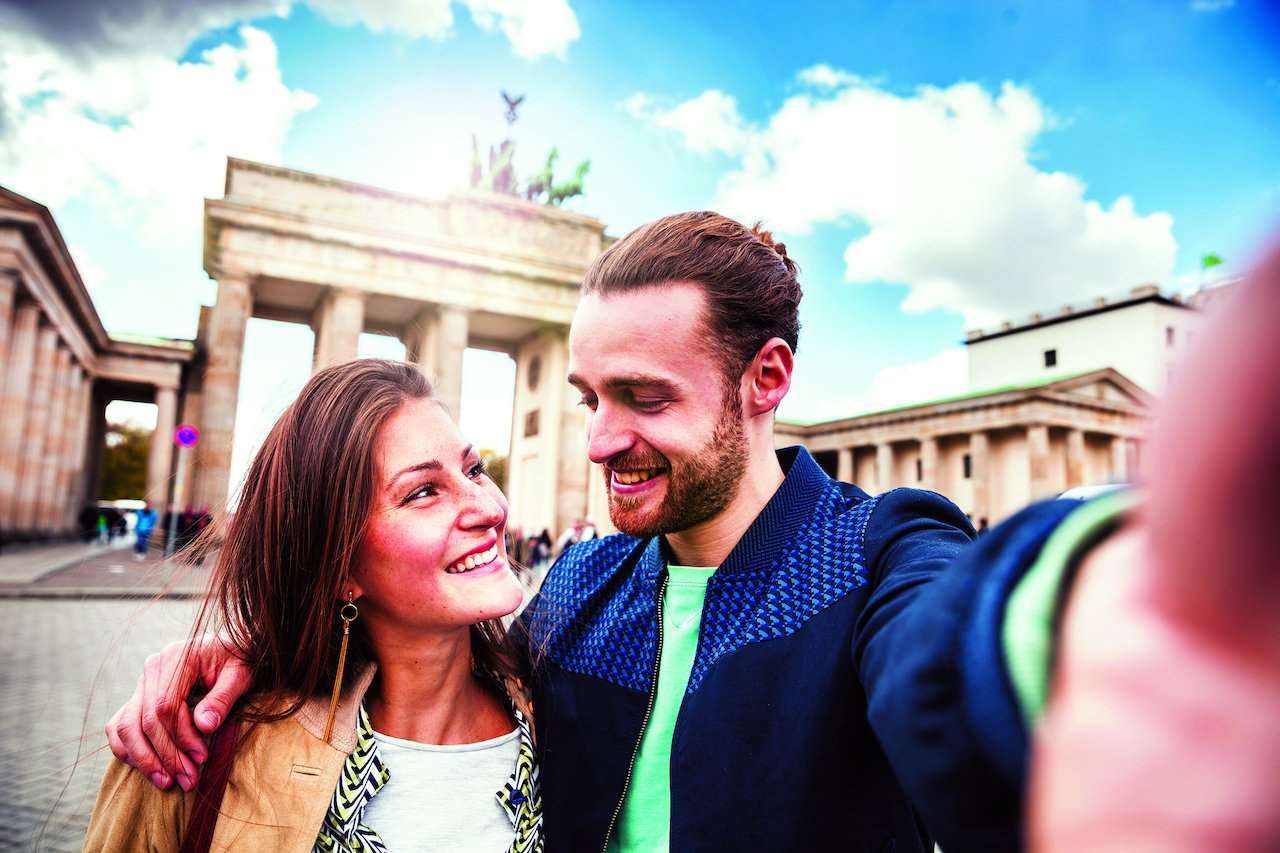 © LeoPatrizi
On the banks of the Spree, opposite the Museum Island, lies the Strandbar Mitte. This outdoor café-bar opens its doors on sunny days. There are 600 seats, pizzas, and tango parties. A friendly atmosphere not to be missed! Another must-see place in Berlin: Clärchen's Ballhaus. It's a little trip back in time when you enter the old dance hall of 1913 to attend a class, to have dinner or to party. As soon as temperatures allow, we sit on the terrace and in the beer gardens (Biergarten). If you like to sit by the water, Berlin offers plenty of options. Among the classics are Club der Visionäre and Freischwimmer bar-restaurants in Kreuzberg or Café am Neuen See in Tiergarten. For those who prefer a panoramic view, an aperitif at the Monkey Bar is a must. This bar is next to the zoo, on the tenth floor of the 25hours Hotel Bikini Berlin design-hotel. Craft beer lovers will be delighted by Stone Brewing World Bistro & Gardens Berlin, a huge space dedicated entirely to beer and culinary delights.

A gastronomic diversity that seeks its own

As far as the gastronomic scene is concerned, there is everything from street food to haute cuisine, from regional specialties to international dishes. One of Berlin's specialties is Currywurst, a sausage with curry sauce. It is found at several addresses, among others at Curry 36, a kiosk popular in Kreuzberg. The long queue waiting for you though is not the one that brings you to the famous wurst, but to the most famous vegetarian kebab in the city right next door. By the way, there are more kebab kiosks in Berlin than in Istanbul. In total, there are 4,650 restaurants and around 1,090 cafes, bars and clubs. It is so easy to have fun and really impossible to be bored in Berlin!

Yes Berlin has gone through so much changes since the last World War. We were there in May 2017. The Berlin Wall came down - all it took was one man to have the courage to take action and the rest is history.