mericanhomestead (65)in #travel • 4 years ago Thanks to all who participated in the art contest post yesterday. The winner was @buzzard and I will be shipping him a 10 pack of hand warmers. We will keep doing more contest in the future!

Today we are back to finish posting about our trip to the Saint Louis Art Museum. Again, this is a free open to the public museum stocked full of priceless ancient artifacts and artwork. You could literally spend a week here learning about all of the displays. But we had some specific collections we wanted to see. Our boys love studying history in homeschool and of course boys are really into the battle and soldier artifacts that were on display.

The arms and armor displays presented were ranging in dates from the 15th to 18th century. Most of these pieces were owned by people of high status which is obvious by the amazing ornate engraving work on most of the objects.
This first picture is the display in the collection that demands the most attention from the observer. This is a collection of very ornate firearms from early history. Only the richest nobles were able to possess these pieces and all of them are engraved with the finest artwork. At this point in time, very few armies were equipped in mass with firearms as they were expensive and hard to produce. 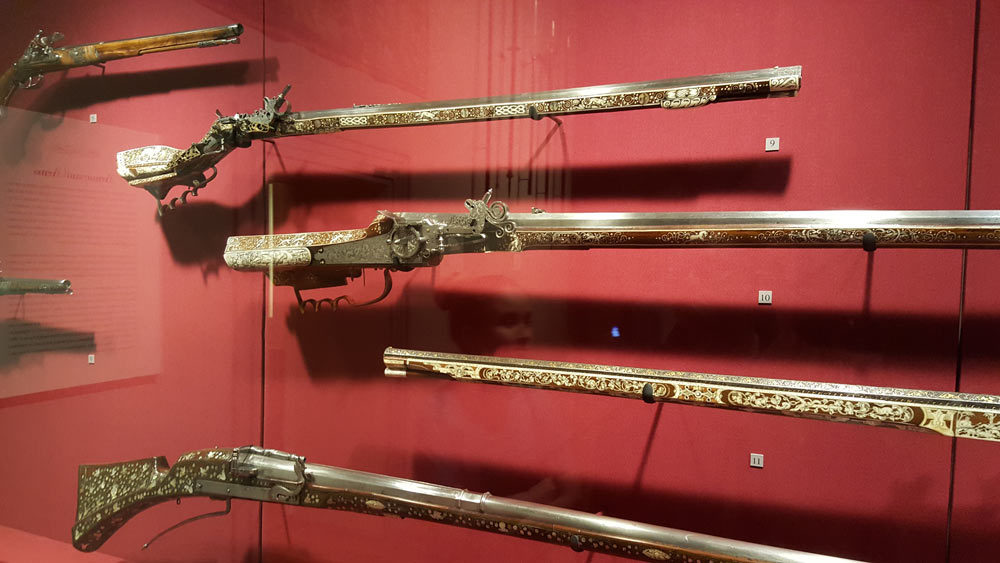 Next, were the pistols on display. They like the rifles, are decorated from end to end with artistic flare. These were also the possessions of high ranking members of European society and were not easily obtainable by the common man or woman. An early crossbow is on display among the collection and it is massive! The picture doesn't do it justice here. Unlike in the movies where soldiers are firing repeatedly with their crossbows, this took a lot of work to handle and fire. You had to be in great shape to work this weapon. Each firing of a bolt required you to hook up a Cranequin (pictured) to pull back the string. Some crossbows required 2 or 3 men to work it effectively. English armies never really adopted the crossbow and preferred the longbow. After some major defeats by English long bowman who were more accurate and who could fire more arrows per minute, most European armies abandoned the crossbow altogether. 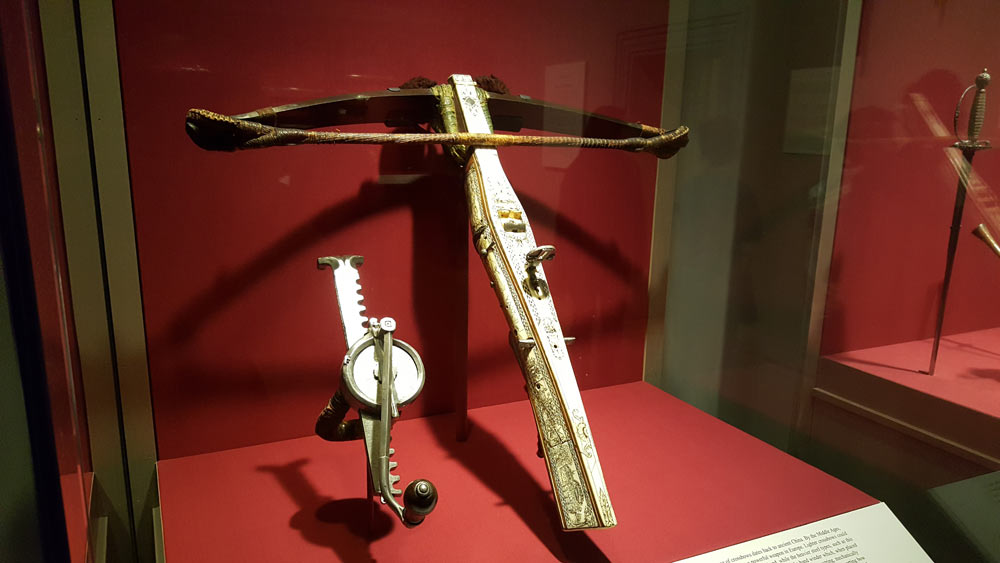 This was my favorite piece in the collection. This helmet is etched with artwork that dates it to the early Renaissance period. This helmet is small and was probably for a youth in training for knighthood. Imagine being a young teenage boy wearing this helmet and training with it. I'm amazed to wonder who may have worn this. The helmet is thought by experts to be French in origin. It's made with gilded steel and brass with evidence of pewter repairs. The chain mail or what was normally just called mail armor was by far the most common armor worn in battle. Plate armor didn't really come into common use until the 15th century. This was a really cool piece in the collection. 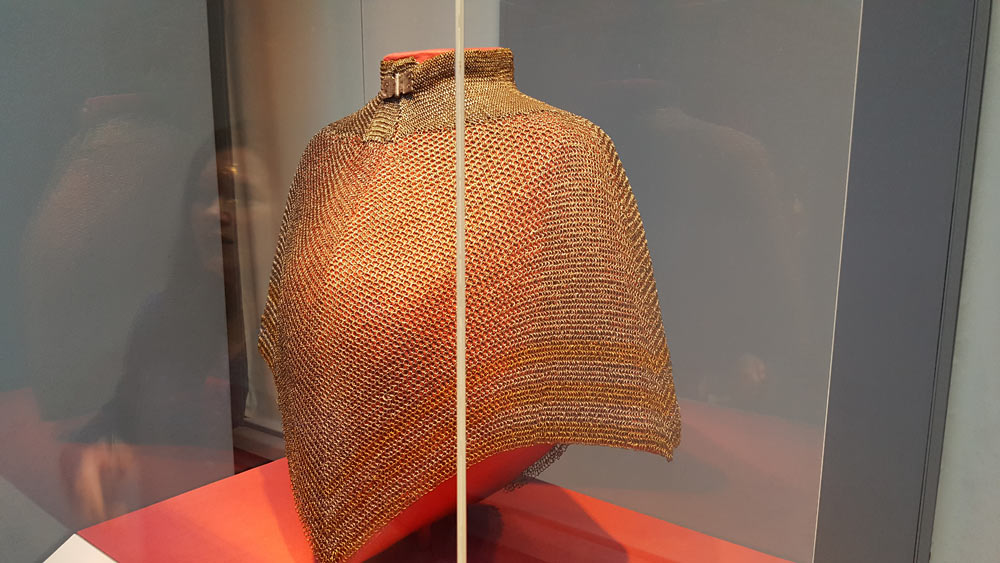 A close up of the individual links. Fascinating. This was also said to be French in origin. These were a collection of Halberds and Voulges used by foot polemen in the 15th century. I wish they would have let us hold these to get a feel of the weight. 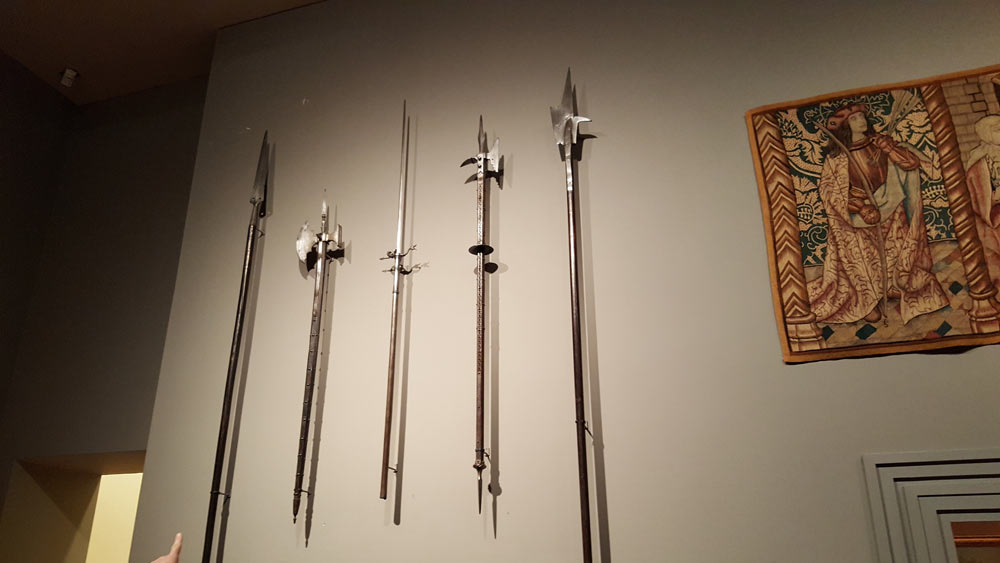 This is a closeup of hand armor that is German in origin. Again, notice all of the ornate etching. I mean, you don't want to look like a slob going into battle, do you? Some artisan spends days and weeks making your armor look like a work of art and you go into battle and get everything scratched up! Jeez!

Still, this glove is impressive to look at. And finally the museum had on display a couple full suits of armor dating back to the 15th or 16th century. These also probably were German in origin according to the museum notes. Suits of armor were not like uniforms of today's armies making them easily identifiable to which country they belonged. Each noble had to pay to have their armor custom made. So the museum is not sure who these belonged to but they think the nobles who wore them were from Germany. 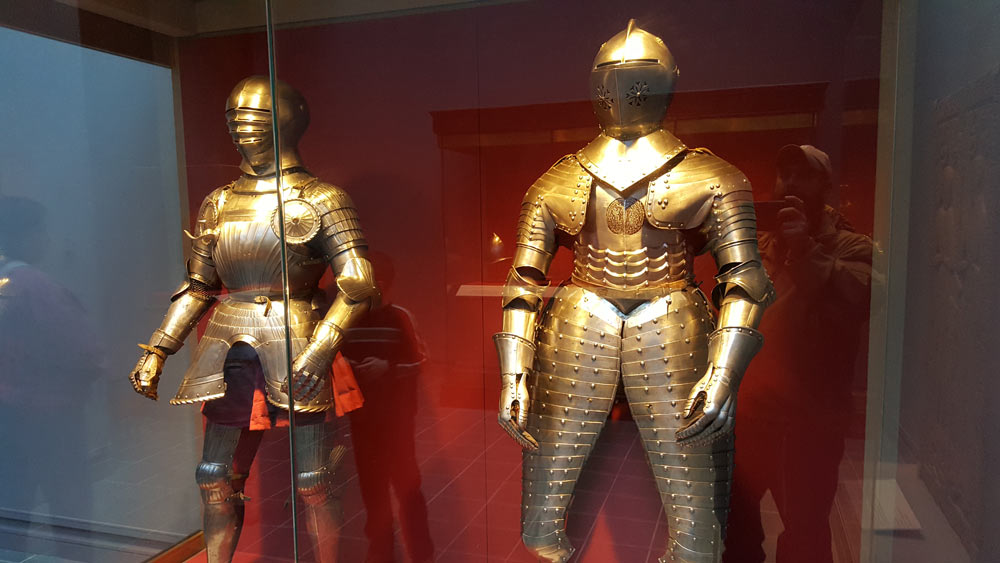 Unlike what Hollywood has portrayed, armor was designed to be lightweight and thin so that a knight could mount/dismount his horse unaided. I did not know that.

So that was our experience at the Saint Louis Art Museum. There were many fascinating displays there and I would highly recommend making a visit to this free open to the public museum if given the chance! Hope you enjoyed the post! 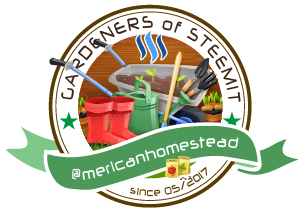 They are very interesting and some of them had very nice designs. People are very creative even when it comes to wars :) Nice shots!

That is a really nice piece of history. To bad people don't still make the same quality goods these days as they did back then. Good luck finding anything made now that would still be around hundreds of years later and still be able to provide the function it was created for.

Yeah totally true. They don't make things like they used too.

Yup being able to touch or hold any of these would be an experience you would not forget, sharing!

Really cool stuff. I bet the boys did love that!

Nuts! Can you imagine wearing that armor and then fighting? Sounds painful in so many ways!!

Beautiful pieces to look at though.

Id love to at least try and spare with that armor on. I think it would be an experience.

Better you than me!

I remember seeing suits of armour when I was in a museum in Europe and thinking they were kind of short by today's standard eights. The tallest looked to be about 5 foot. And a little on the stocky side. Perhaps they needed extra muscle for all those heavy maces, swords and Halberds! I also remember the tour guide telling us that they were riveted into their suits! That would make it kind of tough torelax after a hard day on the battle field!

are there any videos on this steemit? or just blogs?

Some people post videos. My videos are posted over at patreon.

I have also seen some pieces like these at other museums, the craftsmanship was Amazing, especially for the time period and materials used!

Nice pictures! I moved a coat of chain mail my Son made yesterday, and I was impressed by the weight. I love the hand armor, so many pieces, very complex!

Chain mail made by hand- how many hours it must have take. Unbelievable.

That is very cool, my son would LOVE that place. It somewhat amuses me to think "full body armor" may become the fashion again to protect against WiFi, 5G cell towers, EMF, etc... The metal of choice will be aluminum his time, I presume... 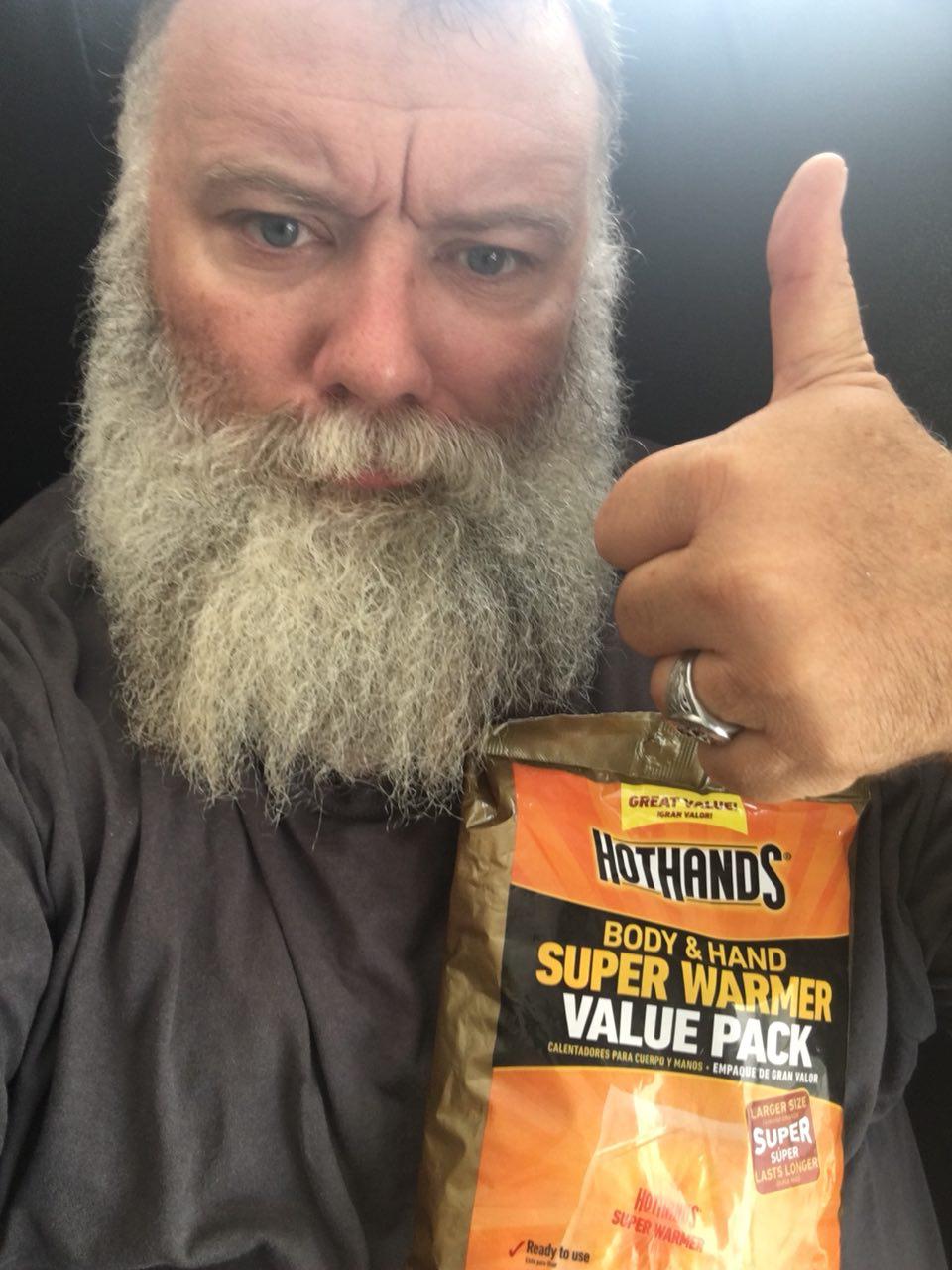 What a great homeschool trip! I wish we had more interesting places to go where I am from...not much here!