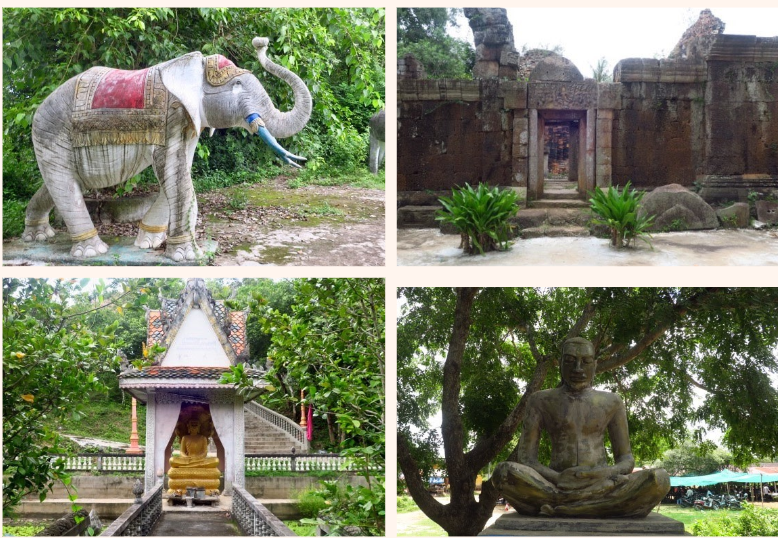 The second time I went to Cambodia, I traveled with my friend Oriana who is also a flight attendant. It was high season, and we couldn't get a non-stop flight from Hong Kong to Siem Reap on other carriers because of travel embargo for airline employees. We ended up going to Phnom Penn first and then taking an 8-hour bus ride to Siem Reap.
We stayed in Phnom Penn for a couple of days, but my friend wasn't interested in visiting the Killing Fields. We decided to go to the Takeo Province to see ancient Khmer ruins of Chisor Mountain instead. The struggle was real! My knees and back were hurting, but I still managed to climb 412 steps to see the ruins of Phnom Chisor.
Dedicated to the Hindu divinities Shiva and Vishnu. The original name of the temple was Sri Suryaparvata, "The mountain of Surya."
It was quite a hike up there while the ruins are not Angkor Wat, they do give a glimpse of it.

I think the most impressive ruins in Cambodia are in Siem Reap. We only had a few days off, so I took her to the more famous ones such as the Bayon Temple, Angkor Wat, and Ta Phrom.
I didn’t hire a guide this time, and we just spent most of our time exploring the monuments, and mostly just reflecting. My impression of Cambodia was mixed. Angkor Wat was off limits to foreign visitors for many years because of the turbulent political history. They are just now slowly trying to rebuild the country, and with the help of UNESCO, Siem Reap is now becoming a popular tourist destination, and because of the power of social media, It's now becoming very crowded. 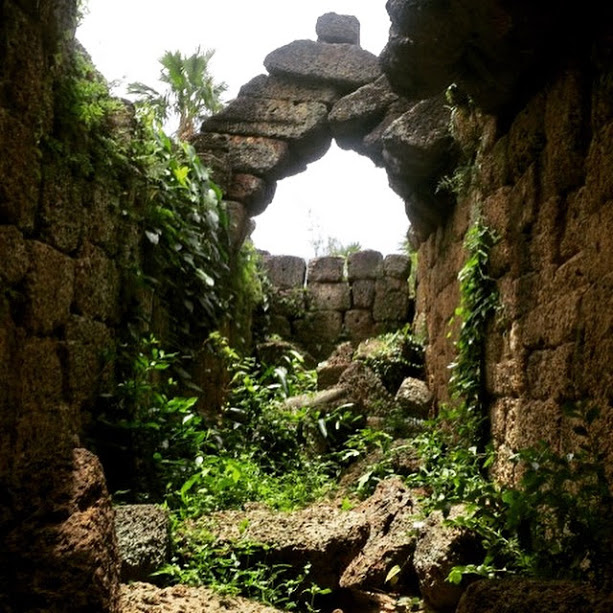 However, the ruins of Cambodia provides fantastic photographic opportunities. The people are kind, and it's still a cheap destination to visit. I see you've been making some good travel posts @miketravels. As one of the editors for @steemitworldmap’s daily #traveldigest, I would love to see them pop up on http://steemitworldmap.com. If you're interested, simply go to the website, search for your location, click on code (down the bottom) and add a short description. It will then generate the code you need to copy and paste into your post (not the comments) to have it show up on steemit worldmap. There’s also a FAQ section if you get a bit lost.
You can find out about the project here:
https://steemit.com/travel/@steemitworldmap/steemit-worldmap

Awesome! Thank you so much. I'd be interested for sure. I'm going to read your FAQ section and learn more about it. I'm new on steemit, and still learning the ropes. :)

Cool. Yeah, there's a lot to learn here, that's for sure.

all the 412 steps are absolutely worth the view

Yes. The view up there was spectacular! You can see the whole valley.

Wonderful adventure mate! Glad you were in Cambodia. I'm from Cambodia.