Sour Democrats At Trump State Of The Union Address

Look at all the sour faces of these incompetent Democrat politicians! President Trump has done so much for the common American worker, in record time, and look at the reaction from these triggered buffoons! 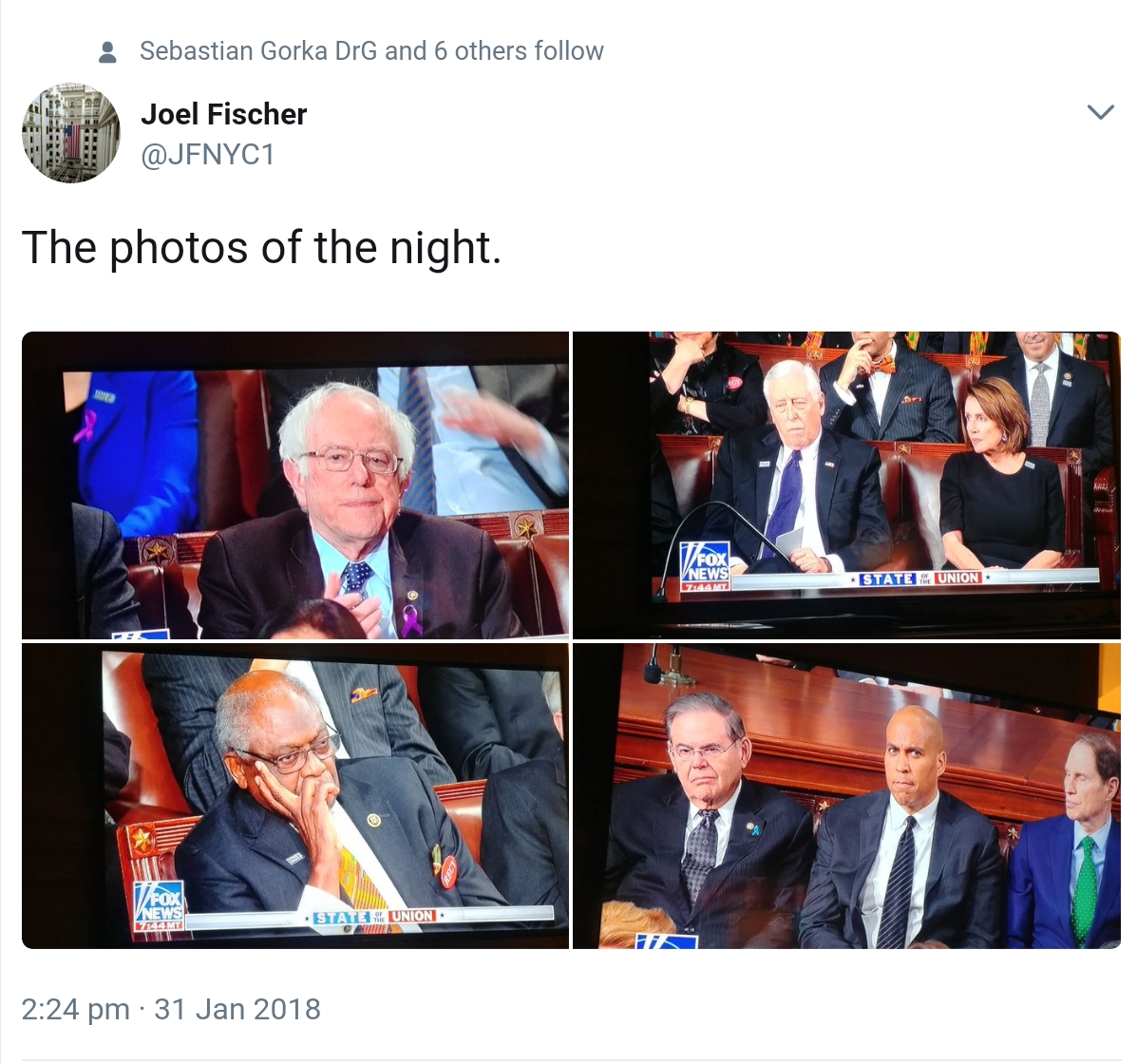 You'd think they would be happy for the American citizens getting their jobs back, getting pay rises, recieving tax cuts, and getting huge bonuses!

The Democrats are livid because they have been exposed as incompetent lying dullards! They had eight years of failure and mismanagement under Obama. Some even say deliberate mismanagement and the infamous FISA memo suggests this to be the truth.

So anyway, whilst America is winning bigly with Trump, there they are sucking on lemon!👌😁🐸

I watched this and thought the same thing, they seemed to hate the fact he was dong a good job, and was talking about Americans are Dreamers too and they were put there to uphold the constitution, and put American citizens first and foremost as top priorities...

Trump never once (well maybe once) directly criticized the democrats nor obama. ( In my opinion he should have.) rather he just directed attention to what has been accomplished during his first year..and what remains to be don.e

why should the dhmikrats be upset about that. Obama said the same thing!

I would have laid the boot in personally, but after watching Trump handle foreign affairs, I can see his wisdom in stepping back @everittdmickey.

Let the people see who the Democrats really are.

This is the end of their political movement. They are done!

one would hope.
deeds..not words.
Trump has accomplished MUCH in only one year.

Many global events have already occurred. Signifigant but not obvious. A good example is Qatar. They were funding global Islamic terrorism. After being surrounded and embargoed by her neighbours, this funding of Islamic hatred is no longer happening.

Behind the scenes, it was Trump doing all the work to make it happen.

This one act is a huge step towards world peace.