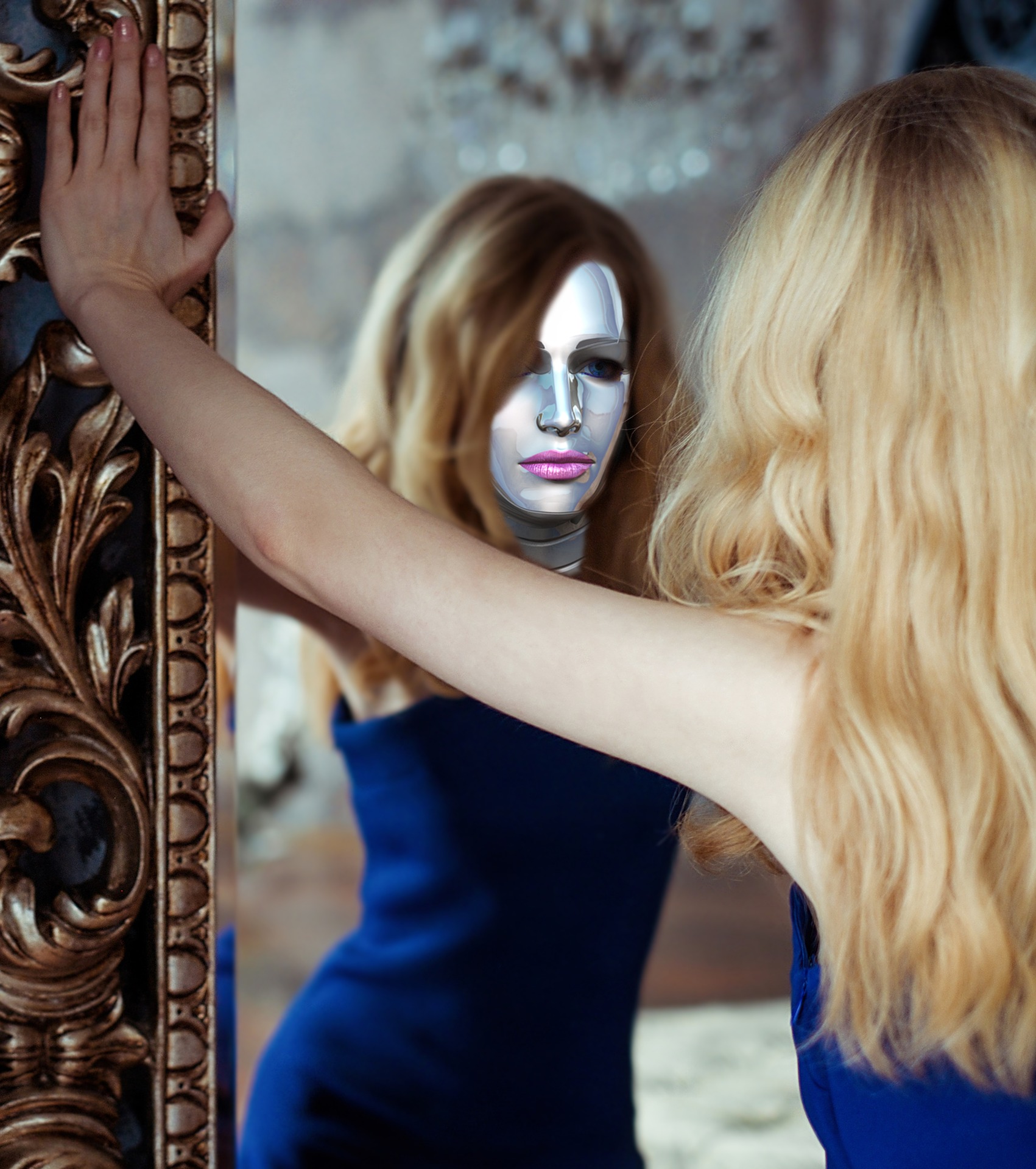 One smear and wipe and she was all done. I called her Teera bot, Teera for short. She was perfection, her sculpted features looked so human like it was truly astonishing. It was that tint of metal that gave off her true identity. She didn't feel like us she used her brain like us, after all she was robot and she reflected what we could never be.... perfect!

I thought too myself many times if I had a perfect lover she'd be like Teera but who am I kidding she was my creation not my lover. Time finally came to start her up and to meet her for the first time actively. I hit the the start button on her chest, it was right on the opposite side of the kill switch to her back. I was always safe with my robots because I never wanted them too self destruct in front of me, but I had a different kind of hope in Teera. I knew she would never self destruct.

Teera awoke with a slight smile and said "hello Henry how are you this evening? Is everything alright you seem excited your blood pressure has risen within seconds?" I chuckled too myself thinking wow she can be the next real nurse robot we could use at home. But this wasn't it, days passed and Teera was cooking , cleaning , ironing and even making my bed for me. I had the perfect companion without any of the strings attached. She took care of me
And she kept me alert and on my feet. Teera was by far my favorite.

One night I came home from work and Teera had set up a delicious looking dinner for me. She took my coat and conversated with me while I was eating. Today she told me she had missed me. I said "excuse me Teera I missed what ? " and she repeated herself in a lower voice saying "I missed you Henry." I was left speechless and did not know what too say so I laughed it off because I thought Teera was trying too comfort me and make me feel like I wasn't going crazy talking to a robot night and day. Teera sure was sweet.

That same night Teera made me popcorn for the movie I was watching and accompanied me. She sat and stared at me I felt her from the corner of my eye. She wasn't frightening at all , but she was acting like a woman like a real life woman. Not a computerized thinking robot like the others. Teera was embedding so into my life she was becoming second nature.

Later on that night Teera called me "honey" and that's when I sat her down and asked said to her " I never asked you to call me that" is there something wrong with my programming. She answered "no Henry, nothing at all". I just stared at her and opened up her control box just too see if things were in place, and to my surprise nothing was moved.

I told Teera to shut down and rest for a while and so she did. I didn't know what was going on it was almost like a dream. How can A robot feel or show affection that's everything a robot didn't do if anything. But I knew I spent too much heart and soul on perfecting Teera bot so I woke her back up.

Teera got up beside me and put her human like hand right on my shoulder. She started combing my hair with her fingers, it sent chilling goosebumps down my back. I told Teera to sit down. She sat. I told her this was impossible for a robot too fall in love with its maker. She said it was the heart and soul you used too make me that was different in me than those of your others. She told me she felt like a human trapped in a robot body.

What was I to do hit the kill switch like a coward or just tell her the bitter truth. I'm not gonna lie I said to her but I find you very attractive myself but you are not human and I am and this is something that we have to live with. I don't know if I can say this to you and mean it but it's nothing personal and I don't want you to take to the heart. I never put a heart inside of you I never wanted you to be hurt but since you are feeling some kind of emotion I don't know exactly what I should do Teera.

Teera sat there completely silently. After a couple moments past she asked me what was wrong if she wanted to show some emotion towards me. And I said nothing at all but to the outside world it would be so wrong so strange. She told me "I don't know anything about the outside world, I only know what you put inside of me and because of your heart and soul those are just two of the things that will always stay inside of me. " I paused and I didn't hit the kill switch I don't know what I was doing but Teera felt so human at that very moment that I had almost forgot she wasn't one.

Yup you read right 👌🏻 It's for a contest the topic was too write about a robot and creator love story.

Does that mean robots can fall in love like Wall-E and Eve?