Like it or not, bid-bots are now a widely used part of Steemit.
For some, they are a tool of promotion to get their post out of the "noise" and for some, it is a way of profit.
The general action of a bid-bot is :

As the ROI ( the upvote user will receive / the money user sent ) totally depends on the total bids collected ( vote value of the bot is constant) there should be a more profitable time frame, where there are fewer users sending bids to use these bots.

In this analysis, it is searched, if such a timeframe really exists.

All times are in UTC.

For this analysis the tool SteemBotAnalysis GitHub is used.
I have mainly built this tool to analyze the voting behaviors ( vote date-post date) of the users but it is very suitable for such analysis with the added properties like :

Selecting the bot and the time frame, all the upvote data of the bot is received.

For the bid sent, two methods should be chosen.
1- Write a script to actually take the transfer from block-chain data
2- Put the data to a spreadsheet

I have taken the second approach and validated that it works perfectly unless the minimum bid changes within the analysis week.

The gross ROI is basically (SBD Value of upvote received) / (Bid Sent as SBD)
Since we have all the data, it is just spreadsheet calculation.

The Gross-ROI findings for 3 bots during 1 week are as follows : 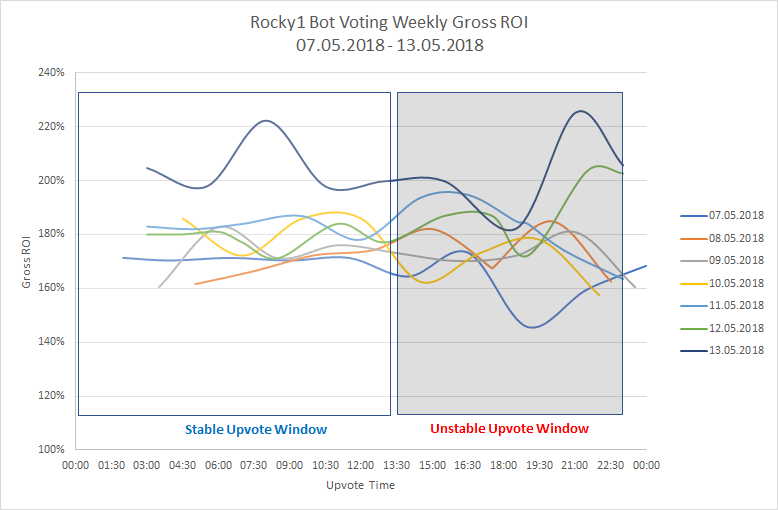 Looking at the 1 week data we can conclude that :

As a final word, I really would like to see if Hawthorne Effect ( observation changes behavior) will work on this analysis.
Just because we have determined a "stable timeframe" and "max ROI date" can change the voting behavior of people and a new study would be required. 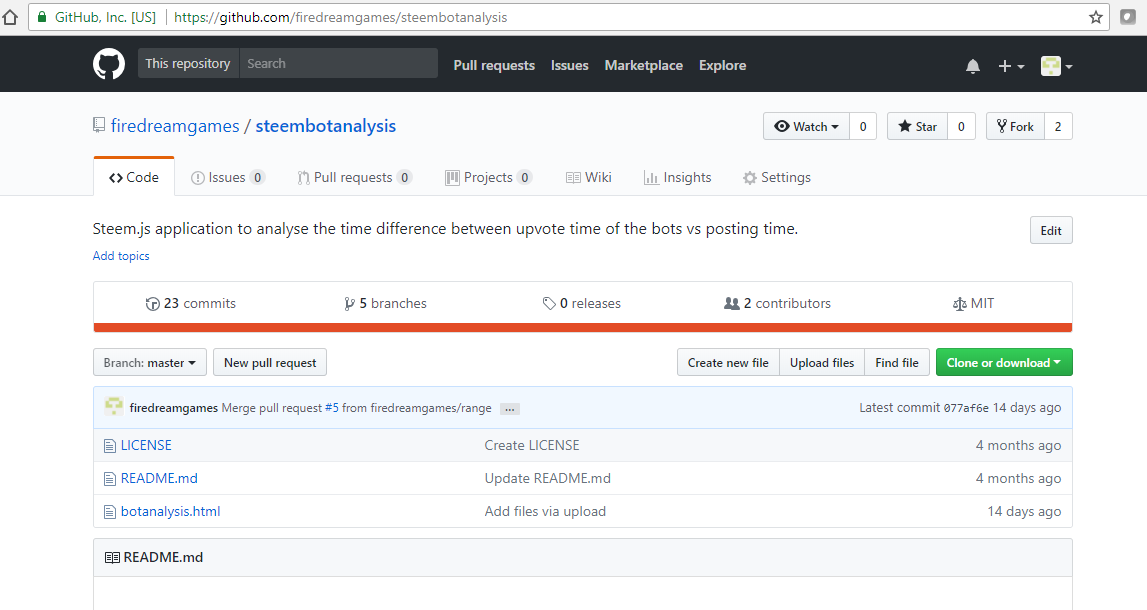 Your contribution has been evaluated according to Utopian rules and guidelines, as well as a predefined set of questions pertaining to the category.

To view those questions and the relevant answers related to your post,Click here

@crokkon, thank you very much for all your advices.
They are precious.
FD.

Contributing on Utopian
Learn how to contribute on our website.

This is good input man! We all want to maximize our bot investments, and this certainly helps. I guess the bots get unstable at the moment that the US wakes up :D I'm blessed to be located here in Belgium :p

It's crazy how much some people spend on bots. Sometimes hundreds of dollars. Using bots is a roll of the dice and you end up losing more than you do even just breaking even. I think the main reason I dislike bots is - it's like poor people giving rich people even more money.

Thanks again for the insight!

@mikeycolon, thank you for your comment.
As I said in my post, it is not a matter of liking anymore...a reality we live with.
Check this post by @crokkon to see how deep is the issue.
https://steemit.com/utopian-io/@crokkon/on-counting-paid-voting-services-and-their-number-was-never-that-high
FD.

Congratulations @firedream! You have completed some achievement on Steemit and have been rewarded with new badge(s) :

``. . . it is clearly seen that bidding on Sunday gives much more ROI compared to other days.''

Like with the econometrics paper about the stock market and Mondays and Tuesdays, this will probably change when Utopian upvotes this post and people see it and it becomes more widely held knowledge. If people know there's money on the table and know where is this table there's very soon no money on the table. Feedback. Stir the barrel and lo! gone is the barrel.

As a final word, I really would like to see if Hawthorne Effect ( observation changes behavior) will work on this analysis. Just because we have determined a "stable timeframe" and "max ROI date" can change the voting behavior of people and a new study would be required.
This is what I am clearly expecting @Tibra.
I will keep on analyzing Sundays.

To me it is too much resembling the fluid flow, starting laminar and getting turbulant..

Hey @firedream
Thanks for contributing on Utopian.
We’re already looking forward to your next contribution!