Since it's Valentine's I figured I can write something. But also weird.

May it's because it was really not there.

Seeing a Groom march it's way towards the altar first waiting for his bride is one hell of a feeling.

And then there comes the Bride. The moment she step foot on that isle. That moment she started walking you would also come to think and ask. Is she really sure of her decision? Will she back down? 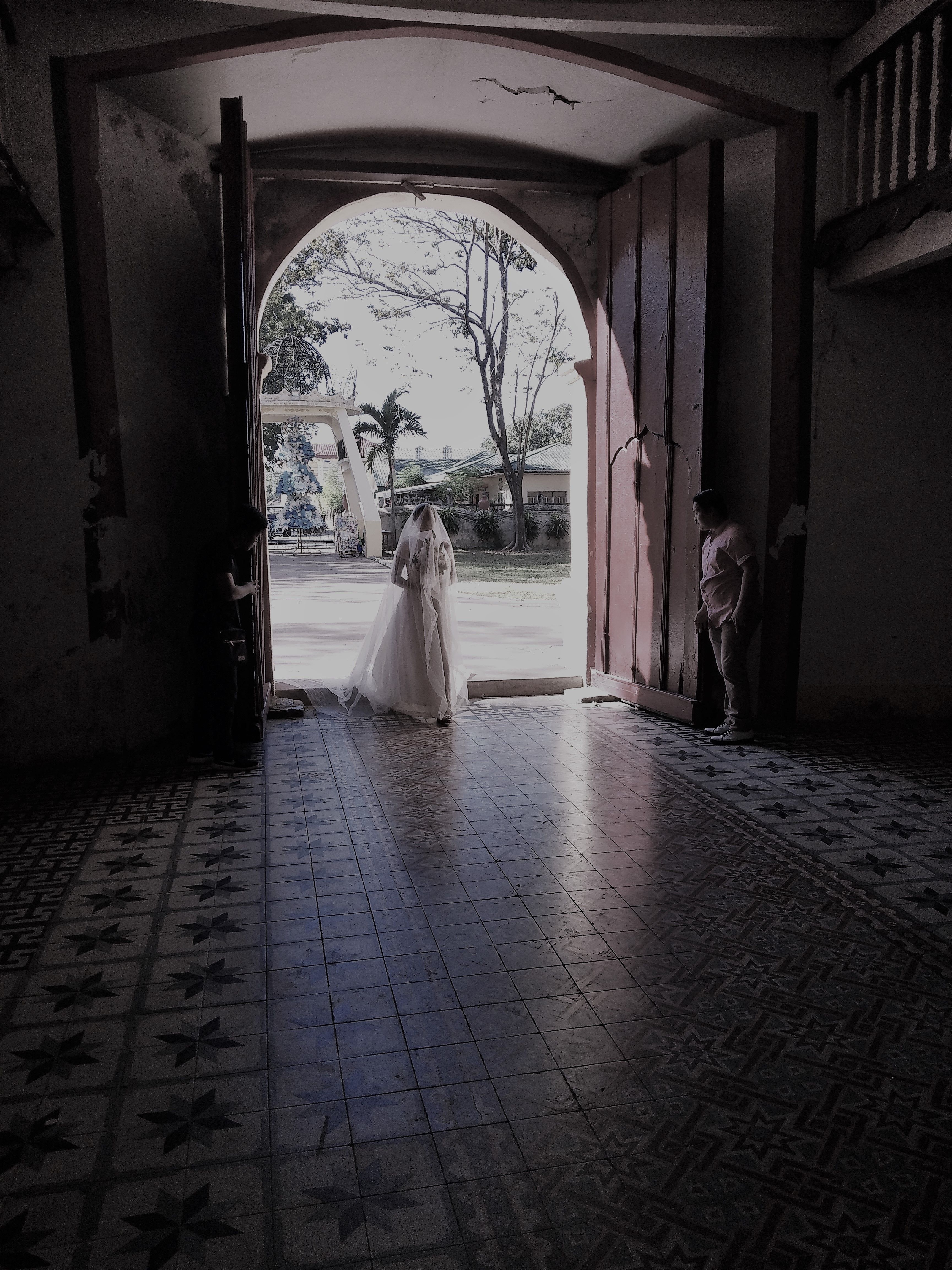 Tell me I'm crazy for thinking like this but sorry! I'm just sharing my thoughts!

Now here's the answer. On how I get to understand things like this too.

Try looking at their eyes and not their smiles.

Because their eyes will say it all. The emotions you'll all be looking all along. All the feelings you want to see and feel are all in their eyes. And maybe. . Just maybe you'll feel it too.

But why am I saying this now? It's because of those feelings. I want to remind everyone that even if the grandest wedding of a century can be beaten by a simple yet emotional wedding of a two loving pair.

I have been attending weddings several times: as a wedding coordinator; church choir; as an audience. Name it all. And by those events I've seen it right before my eyes the big difference between these events when certain amount of emotions got involved.

I remember attending a Black Themed Wedding as a coordinator. I may say that this pair have the money to make it the grandest they want it to be. From the church. To the attires. And up to the receptions. They made it perfectly elegant.

And then when the entourage started to march everything seemed so fine. But what makes it great was when that time the groom started to sing as his bride started to walk down there.

He may not be a good singer I say but as long as he's doing it for his bride nothing will seem so wrong. It was great but not that emotional.

I felt awed by the event but not as emotional as someone could get. It's just as if only a minimal emotion were involved and everything was just a show off and I don't even know why.

Maybe because it was when that time that I stared in their eyes and just felt something was off. They were all in smiles but it never reached their eyes.

And as for the rest of the event the feeling never changed.

Was it weird? Maybe for someone like me. Yes.

But the other day was different.

I was a Choir that time and we sang in that wedding as a request from our friend.

Seeing the groom march forward was one thing. And there's this feeling when I stared at his eyes. When I saw those tears fell and those smiles became wide. And there I felt it. The happiness and contentment he felt that time.

I felt goosebumps all over my body just by that.

But seeing the bride was one different thing. We are singing alright. And the emotions we have on that song and the way we see how she walks down that isle to meet him gave us different chills. We may not see it clearly but oddly we felt it. We felt the love as if she was sharing it to us. She was glowing with feelings. The one thing that's important for a two people uniting .

Their eyes seems to speak their own thoughts. As if telling us that they are happy with wherever that event will lead them too. And that they are actually anticipating for it. And waiting to spend each other's time being together.

Then there I came to understand.

That maybe the Passion and Love that these pairs were sharing with each other are strong enough to make everyone feel the same way too.

And also that not all wedding events have that same feelings in them.

Some events have it flowing with emotions and some aren't.

P.S It's just a simple sharing of thoughts. Please don't get it wrong.