My entry for #vehichlephotography in @juliank is, I believe a one of a kind!
)This is Mr Steven. It is a Fairing Catcher for Spacex. It goes out to sea and catches the fairings off rockets as they fall towards the sea. Once a rocket is in space, it no longer needs the nose protectection fairings and the two pieces fall to earth. 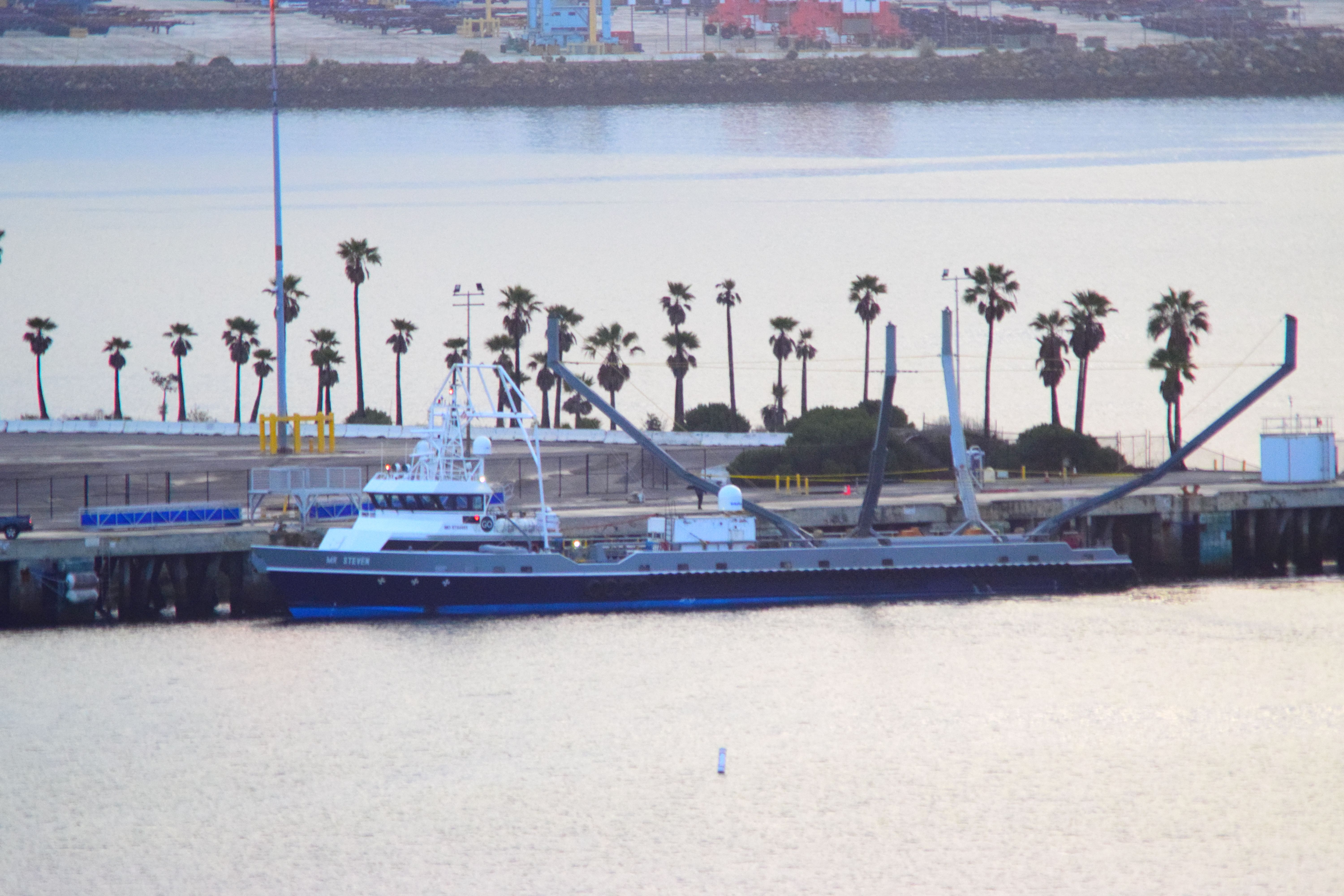 This is a picture off the internet showing the nets This is info I copied from NasaSpaceflight.com describing a fairing and telling how much can be saved if they are successful catching them instead of them sinking into the ocean:

"The fairing is a nose cone structure which encapsulates the payloads on the rocket. It not only protects the payloads during ascent, but it also keeps the vehicle aerodynamic. Once the rocket is in the vacuum of outer space, the fairing is no longer needed. Therefore, it separates into two halves and falls back to Earth.

To reduce the cost of launch, SpaceX hopes to recover and reuse the fairing which represents an estimated $6 million – about 10% of the Falcon 9’s launch cost. Since the five meter diameter fairing splits into two halves when jettisoned, two recoveries are required per launch – with each saving about $3 million worth of hardware."

thats very nice, hope you had a great time

Upvoted by @photoworld! Good Luck!
Check out the great posts I already resteemed.

Thank you for participating in #vehiclephotography

You have earned 5.40 XP for sharing your photo!

And have also received a 0.12 percent upvote.