A Few Thoughts On Verge (XVG)

As many of you know, I have been following various cryptocurrency markets for some time now. Although I only invested in cryptos a couple of months ago, I started watching Bitcoin a couple of years ago (my mistake!!).

One of my favourite currencies, and one which has made me a lot of money in the past, is Verge (code XVG).

Verge is a privacy coin which has been touted as a strong competitor to traditional privacy coins like Pivx and Monero. Although it doesn't seem to have an extremely strong team of developers, I believe that the future for Verge is very strong. It is cheap, has a relatively low market cap, and is starting to receive more exposure in the market.

I have been a long time holder of Verge, but I have been starting to take a few profits after the recent price explosion as I believe that there will be a correction in the next week or two. At the moment it is paying for a month in Europe!

Why Do I Love Verge? There are a lot of things that I love about Verge, not least the fact that it still has a very low price and market cap (price roughly 6 cents USD and market cap roughly 1.1 Billion USD at the time of writing). This means that there is huge potential for price growth over the coming years.

As you can see in the image above, Verge is superior to Monero, Pivx, and Bitcoin in almost every way. Transaction speeds are extremely quick, which means that the coin has potential to hang around long term. I truly believe that Bitcoin will disappear within a year or two due to ridiculous transaction times and speeds - upwards of $20 USD for transactions which can take days to process.

The release of the Verge Wraith protocol - when it comes - will be huge for the coin. Wraith will give Verge users the ability to make their transactions completely anonymous, and will therefore help them protect their personal information. See below: 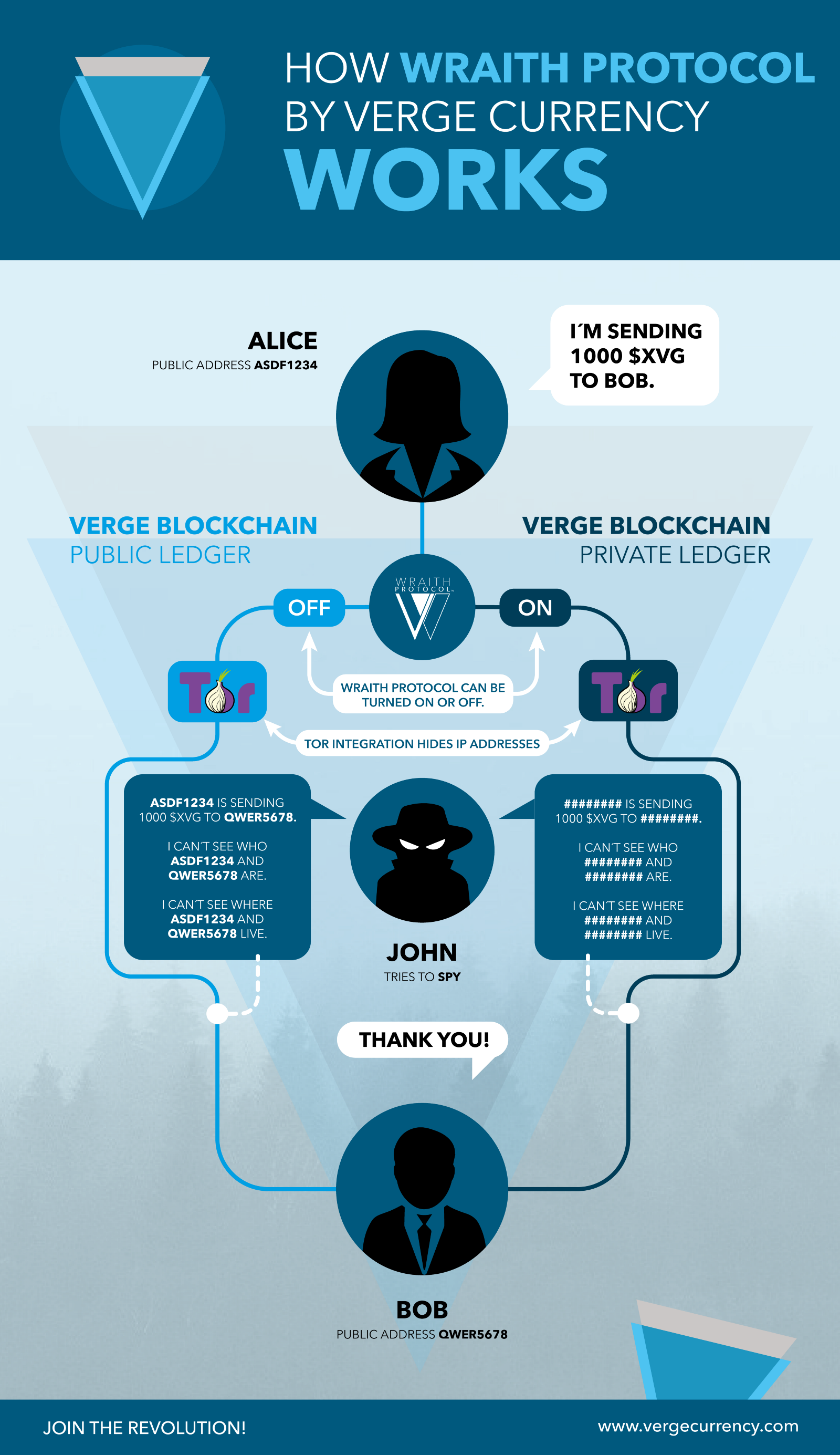 800% gains don't happen by themselves!

Verge has seen incredible gains of around 800% over the past week. While I believe that there will be a correction over the coming weeks - possibly post christmas - I think that it still has a long way to go. I honestly believe that it could hit $2 in the short to mid-term. This would give it a market cap of just $33 Billion USD - still much less than that of popular coins like Bitcoin, Ethereum, and Bitcoin Cash.

Sure, Verge might be run by a poorly organised team who sometimes can't meet their self-imposed deadlines, but this doesn't mean that it won't be successful in the long run. If you want to invest in a privacy coin, forget about Monero or Pivx - go with Verge!

Note that this is not meant to be investment advice. As always, do your own research. I am not affiliated with nor being paid by the Verge team to write this article, I am just a really big supporter!

Tell me what you think in the comments below! Let me know if you would like me to do a piece on your favourite coin!