The Blockbrothers are now a Witness for the STEEM Blockchain. Some might have guessed it and for some, it might be a surprise but since 29th November @blockbrothers is proudly an official witness for the STEEM blockchain.

We welcome your support if you think we deserve it.

The Blockbrothers are a group of four childhood friends that are all active members of Steemit and the creators of the app Steemify.

The app Steemify is made for free for the community to use and is currently in Public Beta and very well received. It will be available in the app store by the end of the year. 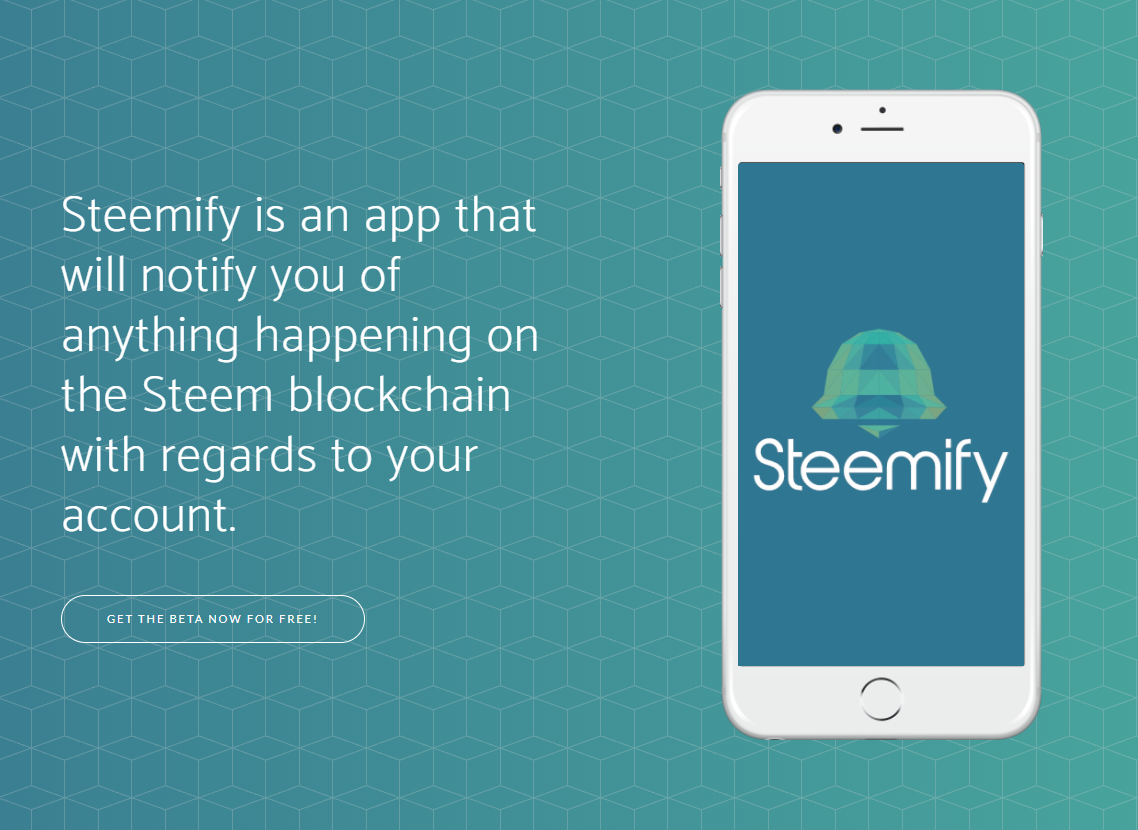 We believe that Unity makes strength and with our team, we have created that. We are all very good in different areas.

@bennierex is the developer and programmer. He can review HF code and keep our node in good condition. He's also the main developer of Steemify.

@exyle is the one that can explain Blockchain and most things regarding Steemit in an easy to understand way to community members and has done so through his vlogs and posts.

@eqko is a designer and 3d max expert and has made several logos for the community.

@s3rg3 is the brain as we call him, basically an idea machine. Also, a fully certified Apple Certified expert with 10 years of experience.

Why vote for us?

With our team, we feel that we have all the expertise in-house, to fulfill the role of witness.

We are very approachable and you can always find us in Steem chat or Discord.

The app Steemify is only the beginning of the plans we have to make cool applications and tools for the Steem Blockchain to keep serving the community.

The Steem blockchain is also about to go through some amazing changes.

2018 will see the implementation of SMT's and easy signups.

We want to be part of that change.

We hope that in the upcoming month through our actions we can gain your support and witness vote.

You will hear a lot from us.

More info about our group: Exyle was the first of the group to join Steemit. He's a member since July 2016. He attended both Steemfest 1 and 2. He's a successful IT business owner for over 10 years.

Through his blog posts and vlogs, he talks about his life and also tries to teach as many people as he can about the STEEM blockchain and everything that's built on top of it.

Next, to being a content creator, he's also an investor in the platform with over 100K Steempower. He has never powered down. 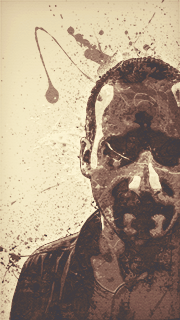 The dev and main systems administrator of @blockbrothers. He started his career in aviation and then veered off to the IT business, where he gained professional experience in Python, PHP and C.

Fueled by @exyle's enthusiasm, he got interested in crypto and blockchain tech, and Steem in particular. He finds challenge in automating anything that can be automated, from drones to table lamps.

Lately, he put his focus on Steem and is working on several projects making use of the Steem blockchain, and has a firm belief in a prosperous future for the Steem ecosystem. Our big brother @s3rg3 - The Brains joined Steemit in March 2017 and he has been reading and writing about things that keep him busy every day. Lately very interested in everything that has to do with Steem and the Steem blockchain.

He mainly writes about topics related to enjoying life, as well as Steemit related posts. You can call him the bon vivant of Steemit.

He is the oldest of the group, as an Apple Certified Consultant, he has been running his own company for some years now.
With a reputation of 59.6 and nearly 600 followers, he is well worth following. 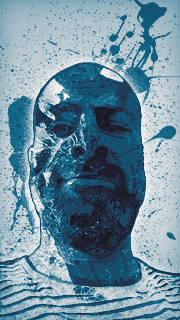 @blockbrothers graphic designer. He grew up knowing one thing: Design is everything! With a solid 20 year background in 3d animation and a side-dish of renderfarm maintenance and pipeline development, he makes sure his day-job people can keep doing their job, maintaining the entire workflow from start to finish.

He now focuses his attention on Steemit, while relying on his strong point of playing devil's advocate for anything blockbrothers comes up with, finding weaknesses in anything from design, to UI to UX and coming up with solutions for them.

How can you vote for us?

@blockbrothers Thank You guys for making me a millionaire on STEEMIT within the next couple of years. @exyle grateful for all things that you gentlemen are doing to make this platform incredible, if people can see your current vision they will understand what I just said in my FIRST sentence of this posting. May GOD Bless you and your families.

Haha, that's great! Thank you so much. Let's hope many users will benefit from a Steem blockchain that just keeps getting better and better.

How does that even happen?!

Dont count ur millions yet, its not there yet.

Wow!!, I really want thank you guys @blockbrothers and @exyle for great support on steemit by creating a app, I can see you guys have been work every day for an update on the app. I can wait to see the app on playstore.
Well done for your good work, I really appreciate all your effort

voted, after this photos i thought about breaking bad

@blockbrothers Congratulations! That was a great intro to the bros. You got my vote for witness!

thank you very much!

Voted. Wish you all the very best. Veel succes!

Keep it up!
All the best!

Voted for you guys, keep up the good work!

Of course, I vote for you guys! I resteemed this also. You are a great quartet and I expect a lot from you! God's speed!

Thank You guys for making me a millionaire on STEEMIT within the next couple of years. @exyle grateful for all things that you gentlemen are doing to make this platform incredible, if people can see your current vision they will understand what I just said in my FIRST sentence of this posting.

Got my vote. Nice work!

You have my vote and thanks for sharing boss..

You seem a great project!
So you got one of my witness votes congrats!

Great work its a nice intro to getting to know the team and a better understanding of who is behind this witness also I like the profile pics great shots guys and congrts.

is it ok for witnesses to block users?

As I understand it, witnesses have a position as mediator for the system and between system and users. And that would imply for them to be accessible for users, but in case they blocked someone, they exclude this user from getting into contact with that witness. And before you say: Well, there are numerous witnesses: What if all witnesses blocked that user? It's unlikely but not impossible.

Just a few days ago for example, you muted @bridgetoby. How is he now supposed to get in contact with you?

Hi @doodlebear. Thank you for your reply!
We understand and hear your concern. The witness account however is @blockbrothers and had not muted anyone and is a 100% reachable for anyone. Especially so because of the notifications app we released for free. Each member receives all mentions of @blockbrothers.

@bennierex and any single private entity of blockbrothers is free to use the steem blockchain as we (just like you) see fit. Though we do so with the utmost discretion and maturity. It’s one of the reasons we joined forces and set up a seperate account for witnessing and developping on the steem blockchain.

This way our personal accounts won’t interfere with the witness account.

I hope you can relate to the difference between the personal and the witness.

Which our witness @blockbrothers doesn't do.

Even more so, we have set up multiple ways for anyone to reach us. See our @blockbrothers witness post titled Ways of Interacting for all the ways you can reach us.

We are on crypto bloodbath now but its fine

Congratulations, your post received one of the top 10 most powerful upvotes in the last 12 hours. You received an upvote from @thejohalfiles valued at 84.46 SBD, based on the pending payout at the time the data was extracted.

I voted for you.. what shall I get in return gift?

You guys make a cool team. You have my Witness vote. Can't wait to see the success in store for you guys!

Voted. Thank you for your contribution.

Congratulations @blockbrothers, this post is the most rewarded post (based on pending payouts) in the last 12 hours written by a Newbie account holder (accounts that hold between 0.01 and 0.1 Mega Vests). The total number of posts by newbie account holders during this period was 3440 and the total pending payments to posts in this category was $1129.11. To see the full list of highest paid posts across all accounts categories, click here.