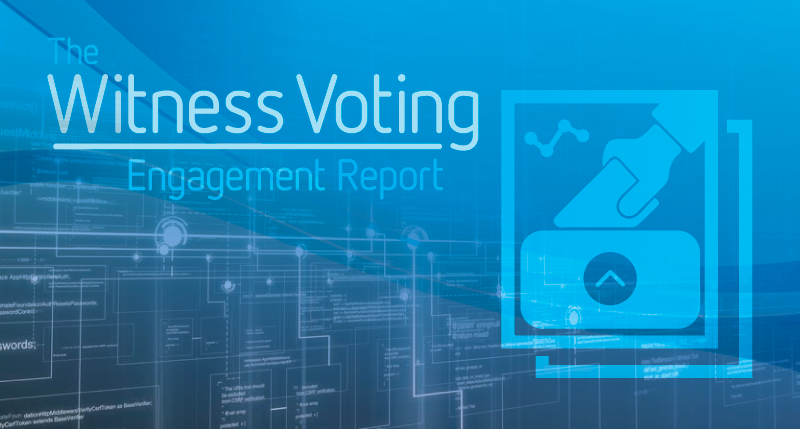 How Engaged Are Steem Users in Voting for Witnesses?

That's what this monthly report is all about!

This month's engagement rate for accounts with 100,000 VESTS or more is:

The percentage of VESTs actively voting is:

If you're not sure what a witness vote is, or why it's important, please see my older post Steemit is Free, But Your Witness Vote Determines its Future.

Witnesses, within a Delegated Proof of Stake (DPOS) blockchain like STEEM, are very important because they protect the blockchain and add new blocks with validated transactions to it. Unlike Bitcoin or other Proof of Work (POW) blockchains, there is no concern with centralized mining farms controlling or forking the protocol into something the users don't want. With DPOS, the largest stake holders get to pick who controls the protocol and those stake holders can change the witnesses at any time by changing their witness votes. For a detailed explanation of DPOS, see DPOS Consensus Algorithm - The Missing White Paper. You can also see this post of mine for why I'm such a fan.

This report uses @arcange's STEEMSQL. You can now pay for access via https://steemsql.com/ for 1 SBD a day or 10 SBD for a month. Check it out and give him a Witness vote if you haven't already.

VESTS are like vested shares in the STEEM blockchain and relate to the STEEM token by a ratio (492.418 STEEM per MV as of this report).

Here's how I'm filtering the data:

The percentage values in parentheses show the change since last month's report.

The total VEST numbers listed below don't include accounts belonging to Steemit, the company, which are not currently participating in witness voting.

This shows the total number of accounts and VESTS.

This shows the total number of accounts and VESTS which have voted for a witness or set a proxy.

This shows the number of accounts which are currently voting for witness accounts in the top 100 there not currently active witnesses. This number should be 0.

These are the inactive witnesses in the top 100 as of this report, but keep in mind some of them may only be temporarily inactive:

Have You Voted for a Witness?

If you haven't voted yet, please consider setting @lukestokes as your proxy voter. Otherwise, go vote for some STEEM Witnesses you respect who you believe will do what's in the best interest of the network. I hope that includes my witness, @lukestokes.mhth. If you're not sure who to vote for, take a look at some witnesses you respect and see who they are voting for via their account on steemd.com or steemdb.com. Some witnesses are very active behind the scenes supporting important projects, but not as active as bloggers, so keep that in mind when you vote. This should not be a popularity contest favoring those who are the best communicators (though communication as a witness is certainly important). It's meant to put in place the best people to support the STEEM blockchain. That includes multiple dimensions from technical expertise to economic theory to community building.

For more on what witnesses are doing each week, follow @timcliff's weekly Reports from the Witnesses post.

Again, if you're not sure what a witness vote is, or why it's important, please see my older post Steemit is Free, But Your Witness Vote Determines its Future.

Thank you! I hope you found this useful. 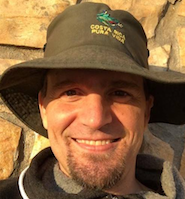 Luke Stokes is a father, husband, programmer, STEEM witness, DAC launcher, and voluntaryist who wants to help create a world we all want to live in. Learn about cryptocurrency at UnderstandingBlockchainFreedom.com

Hello dear @lukestokes sir, I want to vote you for witness.. Can you please tell me what is the benefit of mine?

A stat like this is sure one of the benefits

What did you think about the post I included (twice) explaining what witnesses do? Does that explain the value in voting for witnesses to protect your STEEM investment?

This post received a $0.168 (63.63%) upvote from @upvotewhale thanks to @mahmudulhassan! For more information, check out my profile!

@ats-witness is the only witness disabled temporarly (he missed a couple blocks yesterday). The rest have either officially announced their retirement or haven't produced any blocks in a long time, e.g. dead.

I am glad that you have been consistent with this all important stats over the months, and the facts that the rate of engagement keeps increasing. I also feel honored that I am able to contribute to this ever improving witness engagement rate via my Show Us Your Witnesses Weekly Contest which has received unprecedented support from you. To this, I am grateful.

I have no doubt that with monthly publication of a stat like this, witness voting engagement rate will continue to improve and improve indefinitely. Thank for this.

Thanks for playing your part. :)

@lukestokes, I have no knowledge of the witness, but I have chosen you to witness in steemit. I wish you success.:)

I hope the "Steemit is Free, But Your Witness Vote Determines its Future" post I link to will help explain it for you.

it is very important to choose a witness in steemit, I want to ask, why the price of SBD and STEEM decline, how to predict the future? thanks for replying to my comments, i am very happy. :)

Thanks for your reposts, it's clear that is a hard work to do. I've writen this post about adding steem dollar to binance and I think it's important for all the community. I hope for your support.

Binance will do whatever Binance wants to do.

It was just an initiative from a minnow. Anyway, I wish the best for the platform !

@lukestokes sir how i win the eward of steemit?

Glad to see that witness voting is creeping up. Hope it can rise a bit faster one of these days. ;)