Call Me Batavia #9 : What is imagination? An essay

You can call me Batavia. I was a boy who lived in Indonesia. This was my story. Imagination is a bridge, a connector between knowledge and belief. Knowledge is what we learn since our first breath. We use our knowledge and experience to solve problems. But when the problems cannot be solved with knowledge, then imagination is necessary. Imagination opens our mind, naked, to the ideas outside ourselves. Imagination guides us to ask the necessary questions and sorted out the unnecessary ones.

The question itself: what is imagination is an imagination on its own. How we think and survive in our life is imagination. We design our lifes based on our imagination. Imagination is not about painting, making music, acting, but it is the way of a humane life. Have you ever think what will you do for the whole day? Have you not thinking them without predicting the events? Can you then decide to choose what to do and what not to do if you don't consider the pros and cons, the loss and gain? Can you? Or have you live your life ignorant of your own ignorance?

When our knowledge cannot solve a problem, we choose to look outside, dig deeper, and spread everything you know in hope to identify the gaps of our knowledge and fill it until the problem solved. This is just the method of imagination; we haven't reached the definition of imagination itself. Does it refer to the ability to think beyond knowledge in hope to find a cause to believe? Or does it refer to the ability to identify what is lacking from life and thus attempt to fill it? Any answer is not right, but it is not wrong either. Imagination cannot be defined by a single sentence, since it is already part of the imagination itself. Can you answer something without having to touch even the surface of the subject, like metaphysics to physics? What is imagination try to achieve? Is it just a method? Or isit a concept in dire need to be defined further? 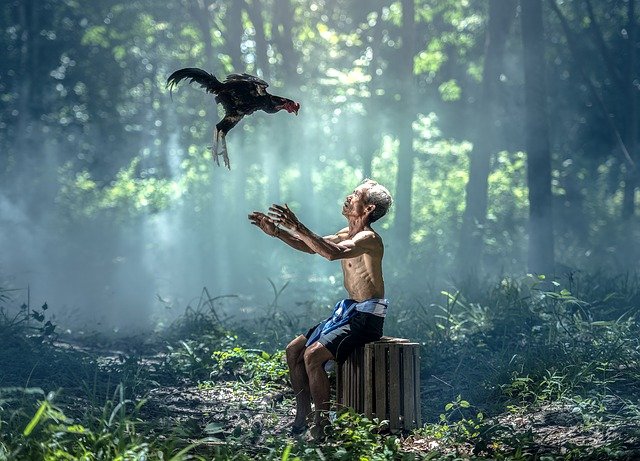 Belief comes when the problems can be solved with a solution, but this solution is separate, isolated from the realm of knowledge discovered by ourselves. This is where the term 'leap of faith'comesaround. We choose to solve the problem rather than considering the danger of falling to the abyss of toxic ignorance. Ignorance can only become toxic ifthe knower, the people of knowledge, refuses to consider a problem when it arises.

The chain of knowledge-imagination-beliefis not a strict structure. It is not a pyramid where every know ends with belief, it can also be the other way around. When werealizedphenomena we observedis related to something that we have yet to discover (belief); we create methods (imagination) to find a desireable solution to the problem, thus making the solutions (knowledge). But then again, imagination only serves its 'usage' here, neither its definition nor its criteria.

Is it perhaps imagination cannot be answered by imagined definition? Does it need to be defined through a scientific structure? Or does it need to be discussed under its linguistic link? The Latin word imaginari means 'picture to one's self' and imago means 'image'. Imagination is linked with image, it is obvious. Image refers to things we sees in our mind, or things that appear to be out of this world. Image cannot exist in real world, if it did, then it would be known as knowledge. And for images that cannot be known in real world, that is belief. Imagination lies in every knowledge and belief. Every anecdote, allegory, simile, methapor, and analogy, imagination resides within them. It is possible to say that we all are imagining 'things', where everything is just our mind messing against ourselves. But imagination works as a perspectiveas a view from above, below, outside, inside, or others. There is not a single time we spend without imagining, we work by crafting those lines of words, those lines of colors, those lines of numbers, trying to fit it perfectly like what our image pictures.

If every imagination can be counted, than even all trees and oceans cannot make its ink and pencil. It never matter for us to understand imagination, we just know and believe in it.

Imagination is always a process, never to be defined, definite and limited. Nobody can ever know what imagination is, as they always imagine it. Having to go meta is not going to help, as it remains an imagination. No one can found something real from such abstractness, but that's where we always embrace it. Imagination will always be there even we forgot, when we are stuck, when we are about to sleep, about to eat, or about to put the dot on that work of ours.

It remains to ourselves, whether we limit it or not.