The story I wrote yesterday - Here

Is entirely TRUE - with a twist.

The story is from @s0u1's childhood not mine.

There are a few queries from my readers on this post and I'll go back and respond to them once this has had time to 'settle'.

In the same field as the murdered tree, hidden in all the undergrowth built-up by nature, there stood a small, square, grey stone-built well. 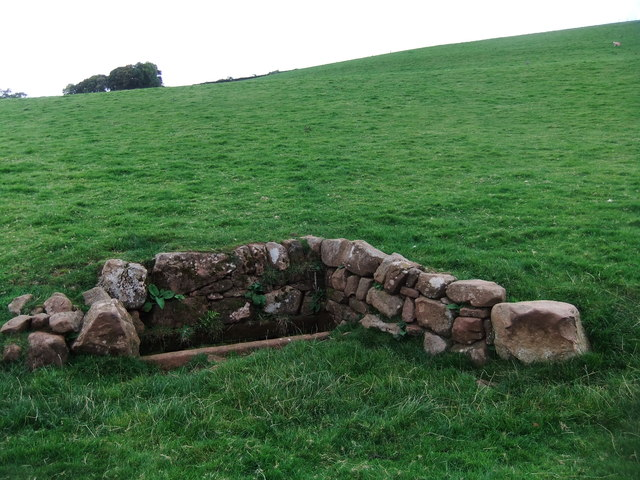 Similar to this, but with walls standing up from the ground a little further.

If you looked down… down… down into the depths, there was perhaps a trickle of water – but that could have been your imagination. If you dropped a stone down the well, there came no splash as the projectile hit the water, just a few clunk noises as it bounced off the sides and perhaps the bottom of the well.

One side of the structure above ground had collapsed and therefore, the bottom of the well could have been completely closed-off by the rubble.

Nothing unusual in an old well just off to one end of a field, where there could once have been a farm yard or a dwelling.

Except for the rumours…

The rumours told of Cavaliers and Roundheads, of Oliver Cromwell and King Charles and the civil war.

At Junior School, I did a project on Oliver Cromwell. I’m not sure why we chose that particular subject, whether we had a choice or whether we were told to research him. Since that project, I suppose I’ve always been interested in history and the village I lived in as a child certainly has a lot of history. Priest holes were hiding places built into the walls of houses who followed the Catholic faith when they were being persecuted by the crown (think back to Good Queen Bess’s time).

Now, I’m not saying the well was an actual ‘Priest hole’, but the rumours did say it was something along those lines.

There’s a similar tunnel from The Peacock at Oakerthorpe in Derbyshire. 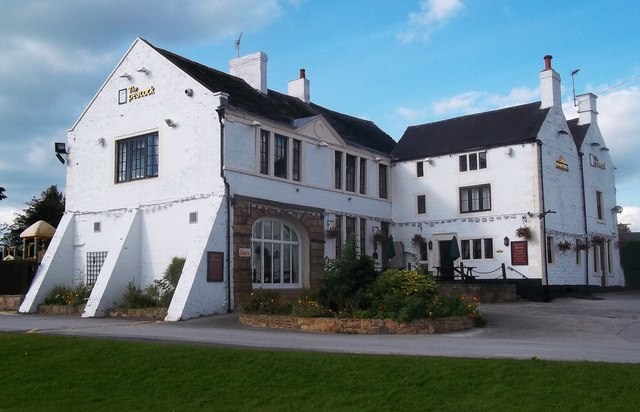 The large arched window used to be a coach gate.

The well had always been there, we’d always known about it, but it wasn’t until perhaps our twelfth or thirteenth summer that us kids realised its potential.

It would appear that the adults in the surrounding houses knew about the well too, because every time we went to check it out, we were told to, “Bugger off out of there, it’s dangerous!” and we had to flee.

Of course, our curious minds came up with the notion that it couldn’t be that dangerous otherwise they’d have filled it in by now.

Question EVERYTHING! is my motto… sometimes… especially when it’s dangerous.

So we went to the well during the daytime, when the people in the houses were more likely to be at work – easily done in the summer holidays.

It took a lot of arguing, debating and cajoling to get the first one down into the well (no, it wasn’t me).

Back then, there were no mobile (cell) phones and the closest public phone box was away at the top of the village, a good few minutes sprint, but we were prepared for every eventuality. At least one of the bigger kids had a pocketful of change in case we needed to call anyone. To call the emergency services was free, but we’d get into no end of trouble if we called the police, ambulance or fire engine. Such was the logic of 12 year olds. The first one down the well was one of the bigger lads. I think he’d taken it as a personal challenge because we didn’t know if we were being sensible or were just too scared to go any further.

He lowered himself down the well and found that it wasn’t too deep after all. We could see his face as he looked up at us.

He gave a grin and shone his torch (flashlight) around his feet. The bottom of the well was littered with rubble and there was no water – trickle or otherwise – because it appeared that the bottom was quite a bit higher than it should have been.

I guess, over the years, debris had built-up and raised the floor somewhat.

He decided to take a look to see if it was worth going on or if he’d scramble back up.

A low brick arch off in the direction of the church seemed the likeliest place to start and he crouched down to take a look.

“It slopes down from here,” he said, looking back up at us. “I don’t think it would be too much trouble to get through. Who wants to come with me?”

It wasn’t a question of whether we wanted to go on that adventure, we ALL wanted to go. It was more about who he would be happy to have with him, who was strong, fit and daring enough.

Of course, all the lads were given the go-ahead but none of the girls. We were expected to stick around and make sure they all got back out alive. WE were the safety-team. The runners if the emergency services had to be called.

WE decided that if at least one or two of us weren’t allowed to go, then they could stick their adventure where the sun don’t shine. We’d bugger off and not tell anyone where they were and if anything did happen, they would be stuck in the tunnel forever.

That sounds a little bit evil, but that’s how you have to negotiate with boys if you don’t want to be told ‘No!’ all the time.

The criteria came into play. There were a few of us girls that could handle the mental strain of going with the lads, but the boys weren’t confident in all of us. Then, not so many of us actually wanted to go underground and the candidates were dwindling slowly but surely.

“Make your minds up! Who’s coming with us?” one of the lads shouted from the bottom of the well.

I heard a mumbled, “Fucking leave them, we don’t need anyone staying to keep watch. Nothing will happen…”

I said, “I’m going, see you later.” And I scrambled over the broken-down wall and lowered myself down into the depths.

Up top, it was a warm summer’s day. Down in the shadows, it felt cooler. Through the arch and down the narrow slope, made slippery by loose stones and debris from the decades, it felt cold and dank. The smell was something else, too. Something had definitely died down there.

I hoped it wasn’t a dog or a cat. I don’t think I could cope with seeing a dead pet.

I didn’t have a torch (flashlight) so I had to stick like glue to the boys.

I could hear my little sister (five years my junior) shouting for me to come back.

“I she draws attention to us, I’m leaving you down here,” the big lad that had descended first snarled at me.

“That’d be manslaughter,” says I, all bravado and cockiness.

As I was last and the tunnel was hardly big enough to get one of us down there in single file, I figured I wouldn’t be the last one left down there and someone would have to give me their torch so I could guide us all back out. Unless, of course, we came to a place where we could turn around – like another well for example.

It never came to that.

The lad in front encountered a full tunnel-collapse only a few yards in.

“The tunnel’s blocked, we’ve got to go back!” he shouted. 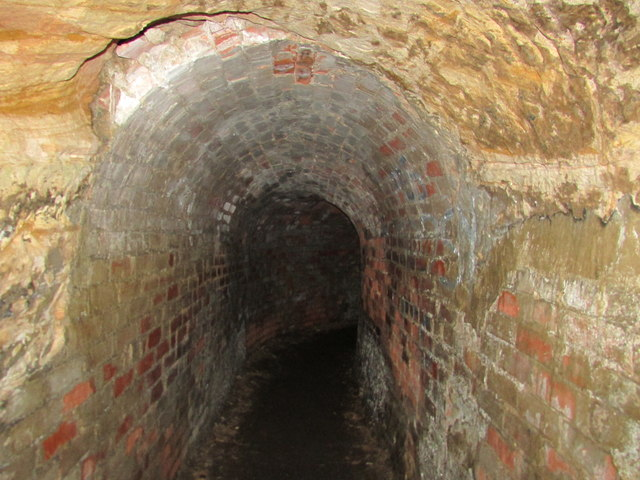 Groans of disappointment from everyone and then a mild panic as we all tried to turn around in the confines of that tunnel.

Of course, once ‘tunnel collapse’ had been mentioned, it was suddenly all we could think about and we had a desperate urge to be out in the sunshine once again.

“You’re not having my torch (flashlight),” they all said.

“Well, it looks like we’re staying here then, cos I’m not breaking my legs going through the tunnel in pitch black. If I can’t see, I’m not moving!”

Eventually a torch was passed to me and off we went. I was small and nimble and I could see a little bit of a glow up ahead. I didn’t have the same fear of wandering into the unknown as the lead going in and so I had that advantage too. I made it out first and as I scrambled out of the arch, I blocked the meagre light and they all panicked again.

It’s surprising how filthy you get in unexplored tunnels.

I know you better than anyone and I am not always sure.

Wow - that's quite the story. The closest answer to it that I have is a time when a gang incl. me explored a condemned school building that was slated for demolition. No excitement, thankfully, but I still remember looking down through a stripped or wrecked floor down to the basement.

It certainly was an adventure, though more pedestrian.

Well, i was called yesterday's story fiction but it came up as genuine :) Despite of it, i really believe this story is a fiction. It's a great story though :)

Hmmmmmm. I'm a bit distracted at the moment and not sure about this one - but I'll hazard a guess and suggest it's a blend of fact and fiction.

LOL! Well, you never cease to surprise me ... and that's no surprise, hehehe! :)

I can see you doing this, @michelle.gent! I would have probably done it too, but we didn't have these types of wells were I lived!

There was a well... supposedly, but I don't believe we ever found it and certainly never went down it.

"The story is from @s0u1's childhood not mine." - I guess that then it must be at least partially true, but I can't claim anything as I was completely wrong the last time.

Having tunnels and priest holes from the old times sound like an exciting heaven for kids. : )

The story from @s0u1's childhood is all true, I'm afraid.

Yeah, it does sound exciting... I think someone would have been injured if we had them :)

I'm going to go for True for this one.

I kinda think this is a mix of fact and fiction. But it could totally be a true story.

So, yeah, i am going to say true story.

Darnit! Well, i'll be back with a revenge for the next one. :)

possible fact as those days you never know what to do

You're welcome. Thanks for commenting.

The story is completely made-up... sorry :)

In my opinion greater part is fiction and lesser true. I would like to say then Not True.

Actually, your amazing style of narration makes it bit difficult to guess whether it's true or untrue but reading it is always fascinating.

I am so confused about this but I think this story is the mixture of fact and fiction. It's really very interesting story about childhood adventure. It's really an amazing story. I really appreciate your creative thoughts and your work for it.
Thank you so much for writing this.
Be grateful for everything in your life.

Well written that you love me all the time, and I feel comfortable that you shared it before, I liked it. Today's fact or fiction writing is also very nice thanks to you

It is very good to read your story about creativeism.

Despite being fearful, only one torch will enter the tunnel.

Awesome post! I invite you to visit our blog and vote us back! And of course to enjoy our content :)