Does This Possibility Make You Uncomfortable? (Las Vegas)

Nothing is what it seems—which is problematic, especially when we, the people, are supposed to accept the narrative being churned out of the murky waters of propaganda, which is then funneled into different channels as a means to create an artificial divide. Regardless of your partisanship, I'm going to ask that you hear me out, because no matter your political leanings, your skin color, your sexual orientation, or your gender, all of our water has been tainted, both metaphorically and quite literally. All of these moments, the events of right now, are projections of the past, leading up to a future that will affect us all.

It is likely that in the wake of what happened in Las Vegas this past week, you've heard on the television or read comments on YouTube and Facebook or whatever online forum, that were name calling and directing anger at individuals who question the things that don't quite add up—as though there is zero chance that this shooting was something other than the narrative that has been set.

That's why today we're going to inspect what the term "false flag" really means, linking this ruse to historical and modern examples. We'll connect the dots to see if a pattern has been established, and my goal is that, by the end of this video, you'll be able to decide for yourself if the possibility of a false flag in the great U S of A is as distant as a vessel at sea.

The Inside Story of How Bill Clinton Sacrificed Prisoners’ Rights for Political Gain
https://theintercept.com/2016/05/04/the-untold-story-of-bill-clintons-other-crime-bill/

Secrets of CIA and Iran: http://www.nytimes.com/library/world/mideast/041600iran-cia-index.html

The Gulf of Tonkin Incident, 50 Years Ago
http://www.history.com/news/the-gulf-of-tonkin-incident-50-years-ago

The Roman Cult of Mithras: http://www.tertullian.org/rpearse/mithras/display.php?page=main

Thank you for your thoughtful videos. I always look forward to watching your posts after I discovered you a few months ago on youtube. Keep up the good work.

It seems nowadays everything is being called a false flag. The MSM coverage of this tragic event was shameful as everyone from the beginning gave it angles to benefit a point of view they were charged with spreading. Stories of multiple shooters emerged. The alternative media ( if there is such a thing) immediately started with conspiracy theories.
Right now it is impossible to trust any source and this uncertainty leads to fear among the population. There were 50 plus deaths of innocent people and it is a time of great mourning.
There was one more casualty: Journalism. While fox and CNN and Huffington post were busy making fun of each other, I tried to swim out of the smut and get some real info. Watched Alex Jones, AMTV, jsnp and some others on YouTube only to realize that I was farm animal looking through the window into the barn and could not tell pigs from humans.
Jsnp on YouTube linked his post to a liveleak video. That video was gruesome. It sickened me and nauseated me. I literally smelled fresh blood. I wish I never looked at that video.
I can't imagine the terrible loss and tragedy that has struck so many. The event is so tragic that I am having difficulty putting this into words.
I wish the media MSM and the alternative media had shown some respect to the fallen ones. If anyone has to promote a conspiracy theory, either bring forth absolute proof or just shut up. Don't point fingers. Don't capitalize on tragedy and don't push agendas. This only displaces people emotionally and divides them.

Because the media and government would never lie to us, or act as if they really care about human lives. Time to wake up, as their faux concern for humanity is obvious to anyone who wants to see. Their narrative around the entire Syrian war is based on lies. See for yourself: 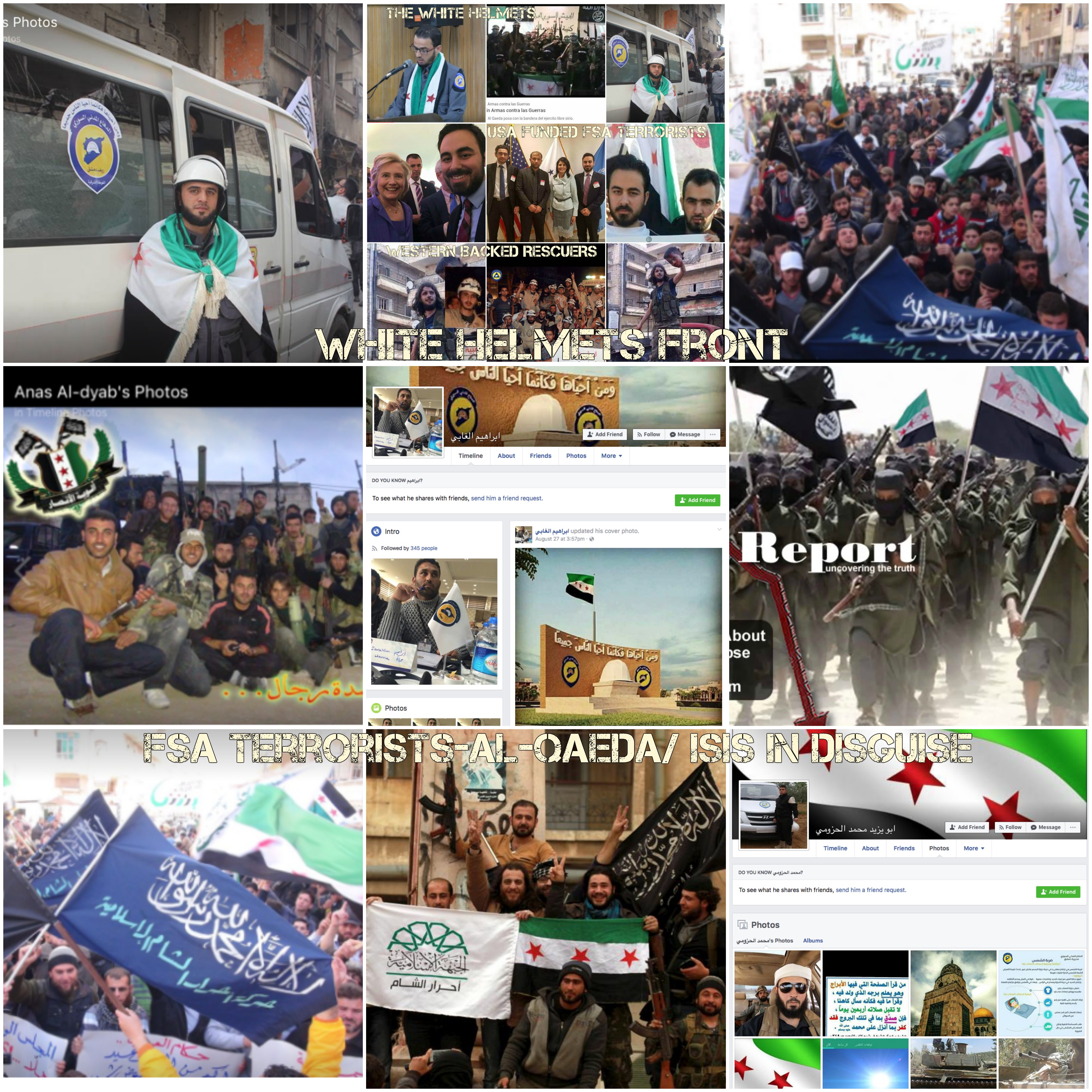 The terrorists in the above images have killed tens of thousands of people while the entire MSM has covered it up and promoted the terrorists. Hollywood even gave them an Oscar Academy Award in order to attempt to boost their credibility. They are right now being nominated and considered for a Nobel Peace prize. Down is up and up is down. Wake up to the reality of your government lying to you. They have been doing so for a very long time. They trust that you and others with continue with the same cognitive dissonance mindset.....as they continue their agenda. If they really cared about stopping terrorism do you really think they would be secretly promoting the terrorists?

The photo of the shooter has bullet castings spread around him with out any blood on them. It's like they want to see how sloppy they can be before anyone questions their agenda. People such as yourself are the reason why our country is divided. The people not directing their anger at the government by this point are delusional. I hate the word conspiracy. Confederacy is a synonym
for conspiracy. The Federal Government will do what ever it takes to make people separate. If you are blindly going to fall for this shit, then you should realize you're already dead.

People who think the Government loves them.

I'm sorry, I was drunk and angry last night. I think you're on the same side as me.